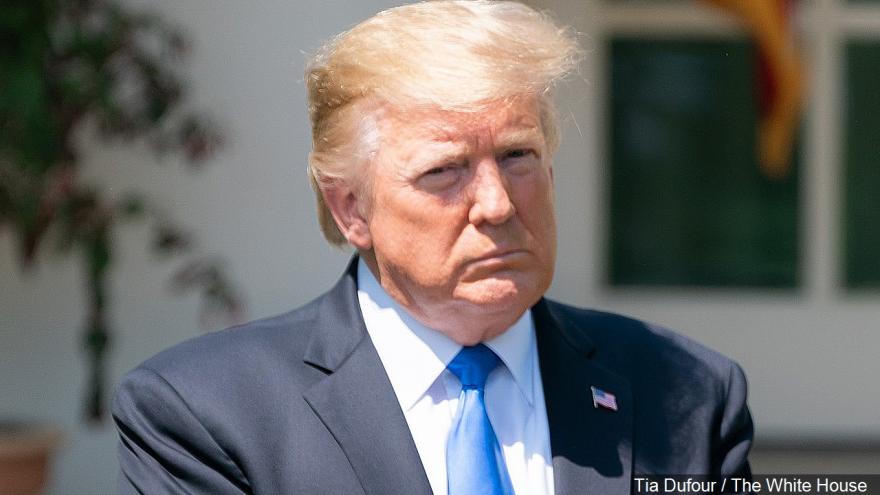 WASHINGTON (AP) — Caught in a sprawling trade dispute with U.S. rival China, President Donald Trump decided against declaring commercial war on America's friends: The White House said Friday that he is delaying for six months any decision to slap import taxes on foreign cars, a move that would hit Europe and Japan especially hard.

Trump is hoping to use the threat of auto tariffs to pressure Japan and the European Union into making concessions in ongoing trade talks.

"If agreements are not reached within 180 days, the president will determine whether and what further action needs to be taken," White House press secretary Sarah Sanders said in a statement.

The president has dusted off a rarely used weapon in the U.S. trade war arsenal — Section 232 of the Trade Expansion Act of 1962 — to investigate whether auto imports are a threat to U.S. national security, justifying tariffs. The Commerce Department sent its recommendations on the issue to the White House in February.

In a statement, White House said that Commerce Secretary Wilbur Ross has determined that imported vehicles and parts are a threat to national security. President Trump said he agreed, but decided to defer any action for 180 days and directed the U.S. Trade Representative Robert Lighthizer "to address the threatened impairment of national security" in negotiations.

In the meantime, Ross will monitor imports and tell Trump of circumstances that "might indicate the need for further action."

The White House statement doesn't mention tariffs, but clearly they are the prime option to reduce imports.

In justifying action for national security reasons, the statement says the U.S. industrial base depends on American-owned auto companies to come up with technology to maintain U.S. military superiority. The Commerce Department found that because of rising imports of autos and parts over the past 30 years, the market share of U.S.-owned automakers has fallen. Sales revenue has dropped, causing a lag in research and development spending by U.S. automakers which is "weakening innovation and, accordingly, threatening to impair our national security," the statement said.

But the statistics used to justify the action are fuzzy and don't match market share figures from the industry. In 2017, General Motors, Ford, Fiat Chrysler and Tesla combined had a 44.5 percent share of U.S. auto sales, according to Autodata Corp. Those figures include vehicles produced in other countries.

It's possible that the Commerce Department didn't include Fiat Chrysler, which is now legally headquartered in The Netherlands but has a huge research and development operation near Detroit. It had 12 percent of U.S. auto sales in 2017.

The Commerce figures also do not account for research by foreign automakers. Toyota, Hyundai-Kia, Subaru, Honda and others have significant research centers in the U.S.

While the U.S. automakers have had to stretch research dollars between updating current products and developing autonomous and electric vehicles, they are still innovating, said Nagle, who questioned the administration's numbers. "I think they're twisting the numbers a little bit there to justify their opinion," he said.

To Philip Levy, senior fellow at the Chicago Council on Global Affairs, it sounds as if Trump wants "to convince the Europe and Japan to send us fewer autos." Japan had agreed in the 1980s to such "voluntary export restraints," but they are now restricted by the World Trade Organization.

Taxing auto tariffs would mark a major escalation in Trump's aggressive trade policies and likely would meet resistance in Congress. The United States last year imported $192 billion worth of passenger vehicles and $159 billion in auto parts.

"I have serious questions about the legitimacy of using national security as a basis to impose tariffs on cars and car parts," Iowa Republican Sen. Chuck Grassley, chair of the Senate Finance Committee, said in a statement Friday. He's working on legislation to scale back the president's authority to impose national security tariffs under Section 232.

Public hearings last year revealed that support for taxing auto imports is virtually nonexistent outside the White House. Not even American automakers support it.

"The case remains clear — cars are not a national security threat," the Alliance of Automobile Manufacturers, an industry trade group, said in a statement. "We are deeply concerned that the administration continues to consider imposing auto tariffs. By boosting car prices across the board and driving up car repair and maintenance costs, tariffs are essentially a massive tax on consumers."

Trump used the national security justification last year to impose tariffs on imported steel and aluminum. One of the motivations was to coerce Canada and Mexico into agreeing to a rewrite of North American free trade pact. In fact, the Canadians and Mexicans did go along with a revamped regional trade deal that was to Trump's liking. But the administration has so far refused to lift the taxes on their metals to the United States anyway.

Trump spoke Friday with Canadian Prime Minister Justin Trudeau about the steel and aluminum tariffs, suggesting that progress is being made on lifting the import taxes.

Meanwhile, Trump is locked in a high stakes rumble with China. The U.S. accuses Beijing of stealing trade secrets and forcing American companies to hand over technology in a head-long push to challenge American technological dominance. The two countries have slapped tariffs on hundreds of billions of dollars in each other's products. Talks broke off last week with no resolution.

The hostilities between the world's two biggest economies have weighed heavily the past couple of weeks on the U.S. stock market, threatening a long rally that Trump touted as a vindication of his economic policies. Opening a new front in the trade wars against EU and Japan likely would have worried investors even more.

"We're already on kind of a multi-front trade war, so expanding that further into automotive may be a little bit too much for the U.S. economy to bear," said IHS senior economist Peter Nagle, who focuses on the auto industry.

U.S. automakers ostensibly would benefit from a tax on their foreign competitors. But many U.S. automakers depend on imported parts that could be subject to Trump's tariffs and could become more expensive. Moreover, U.S. auto exports likely would have retaliation if the United States started taxing imported autos.

Germany, home to a powerful auto industry that includes manufacturers such as Volkswagen, Daimler and BMW, welcomed the decision. Economy Minister Peter Altmaier said that "it is an important signal for the German and European economy that a further escalation of the trade conflict could be prevented."

Altmaier underlined the European Union's willingness to negotiate reducing auto tariffs on both sides of the Atlantic to zero. He said that "we are sticking to this aim, even though the U.S. government for its part has advocated limiting auto imports."

"We regret that the U.S. side now classifies auto imports as a threat to national security," Altmaier said in a statement. He said Germany considers that incompatible with WTO rules.

Krisher reported from Detroit. Deb Riechmann in Washington and Geir Moulson in Berlin contributed to this story.