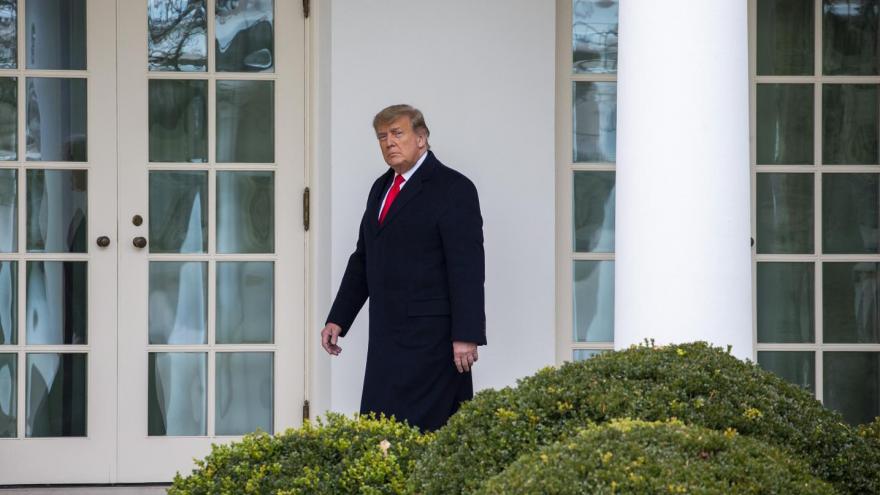 The continuation of the restrictions, which comes with just 20 days left in the President's term, are the latest effort to bar the entry of immigrants to the country. Restricting immigration has been a focus of the administration since its first days when it issued the travel ban on seven Muslim-majority countries, and it has continued into Trump's final year in office as the White House uses the coronavirus pandemic as cover.

In April, Trump signed an immigration proclamation targeting people outside of the US seeking to legally migrate to the US, with some exceptions. That order, which was set to lapse, was extended in June until the end of 2020 and expanded to include some guest worker visas.

"The effects of COVID-19 on the United States labor market and on the health of American communities is a matter of ongoing national concern," Trump's Thursday proclamation read. "The current number of new daily cases worldwide reported by the World Health Organization, for example, is higher than the comparable number present during June, and while therapeutics and vaccines are recently available for an increasing number of Americans, their effect on the labor market and community health has not yet been fully realized."

Citing the pandemic's continued impact on the job market as the reason for the restrictions contradicts the President's campaign trail refrain that the US was "rounding the turn" of the pandemic and his continued rhetoric that the US has done a great job handling the coronavirus -- even as the country continues to set new daily records for deaths and hospitalizations.

The proclamation's message about the economy is also contradictory for the President. In a video posted to his Twitter account earlier Thursday, in which the President touted the growth of the US economy, he bragged about the unemployment rate and said the number is "heading a lot lower" than the current 6.7%.

As CNN has previously reported, one of the key figures behind the push to limit immigration has been Stephen Miller, Trump's lead immigration adviser and the architect of the President's hardline immigration agenda.