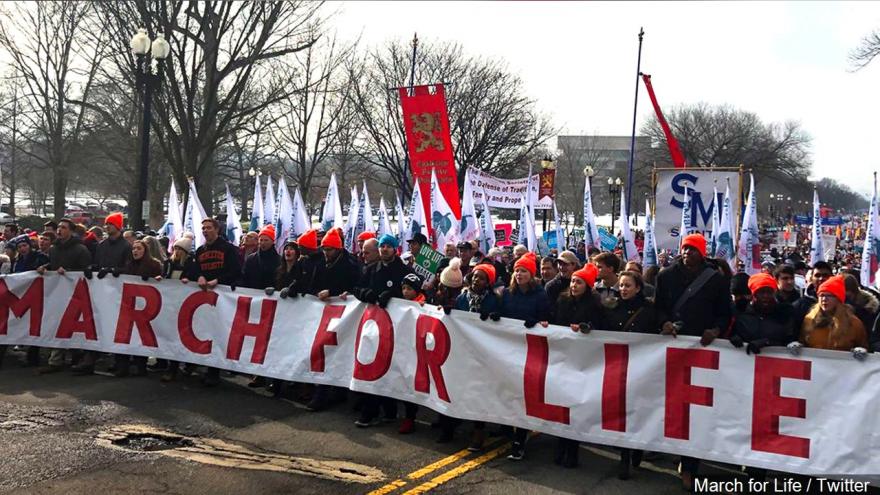 WASHINGTON (AP) — President Donald Trump is promising protesters demonstrating against abortion rights that he will veto any bill that "weakens the protection of human life."

Trump spoke via video Friday to participants in this year's March for Life on the National Mall.

The first march took place on the west steps of the Capitol in January 1974, the year after the Supreme Court decided Roe v. Wade. Thousands braved the cold to attend Friday's event.

Trump and Vice President Mike Pence, who attended the event, listed actions the administration has taken over the past two years to deter abortions.