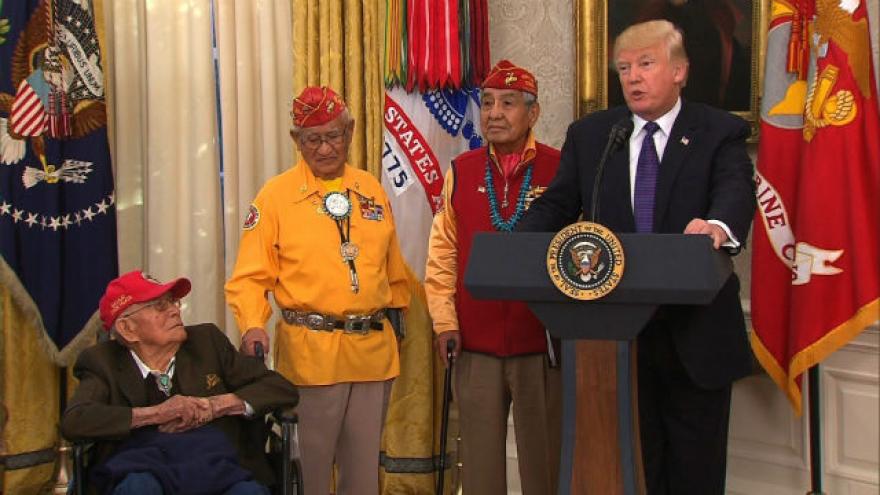 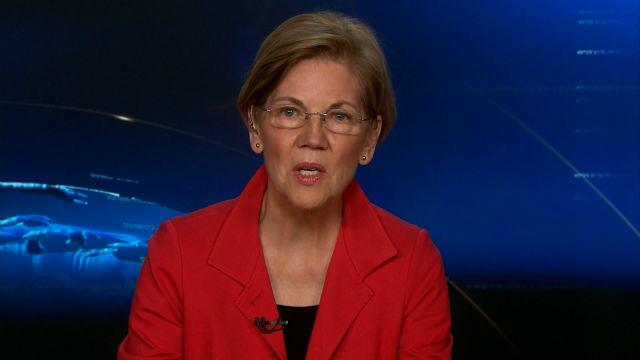 Sen. Elizabeth Warren says President Trump's reference to his nickname for her, "Pochahontas," at an event honoring Navajo veterans was a distraction from other issues. CNN

(CNN) -- President Donald Trump held an event honoring Navajo veterans while standing in front of an image of Andrew Jackson -- the President who signed legislation that eventually led to the "Trail of Tears."

Jackson signed legislation in 1830 that allowed the federal government to remove Native Americans from their land. The Indian Removal Act resulted in their forcible removal and in turn the "Trail of Tears," where roughly 17,000 Cherokees were forced out of Georgia at gunpoint and moved to present-day Oklahoma. Thousands of Cherokees died on the journey.

The event on Monday, which was to honor Navajo code talkers, also resulted in criticism of the President when Trump made a comment referencing a nickname he has assigned to Sen. Elizabeth Warren, D-Massachusetts, "Pochahontas."

"I just want to thank you because you are very, very special people. You were here long before any of us were here," Trump said. "Although, we have a representative in Congress who has been here a long time ... longer than you -- they call her Pocahontas!"

He then turned to one of the honorees and said: "But you know what, I like you. You are special people."

The National Congress of American Indians -- the largest and oldest group representing Native Americans -- has condemned Trump's use of "Pocahontas" to deride Warren, noting that the famed Native American was a real person whose historic significance is still important to her tribe, the Pamunkey Indian Tribe in Virginia.

"I don't believe that it is appropriate" to use a racial slur, White House press secretary Sarah Sanders said during her daily briefing, but added that she didn't think Trump's comment was a slur.

"In this day and age, all tribal nations still battle insensitive references to our people. The prejudice that Native American people face is an unfortunate historical legacy," said a statement by Navajo Nation President Russell Begaye. "As Native Americans, we are proud people who have taken care of this land long before there was the United States of America and we will continue to fight for this Nation."

Begaye added: "It was our code talkers that ensured the freedom of the United States, and that's what is important to remember here."

Trump has previously compared himself to Jackson, and had Jackson's portrait moved into the Oval Office. Additionally, Trump visited Jackson's home and laid a wreath at the former president's tomb earlier this year.