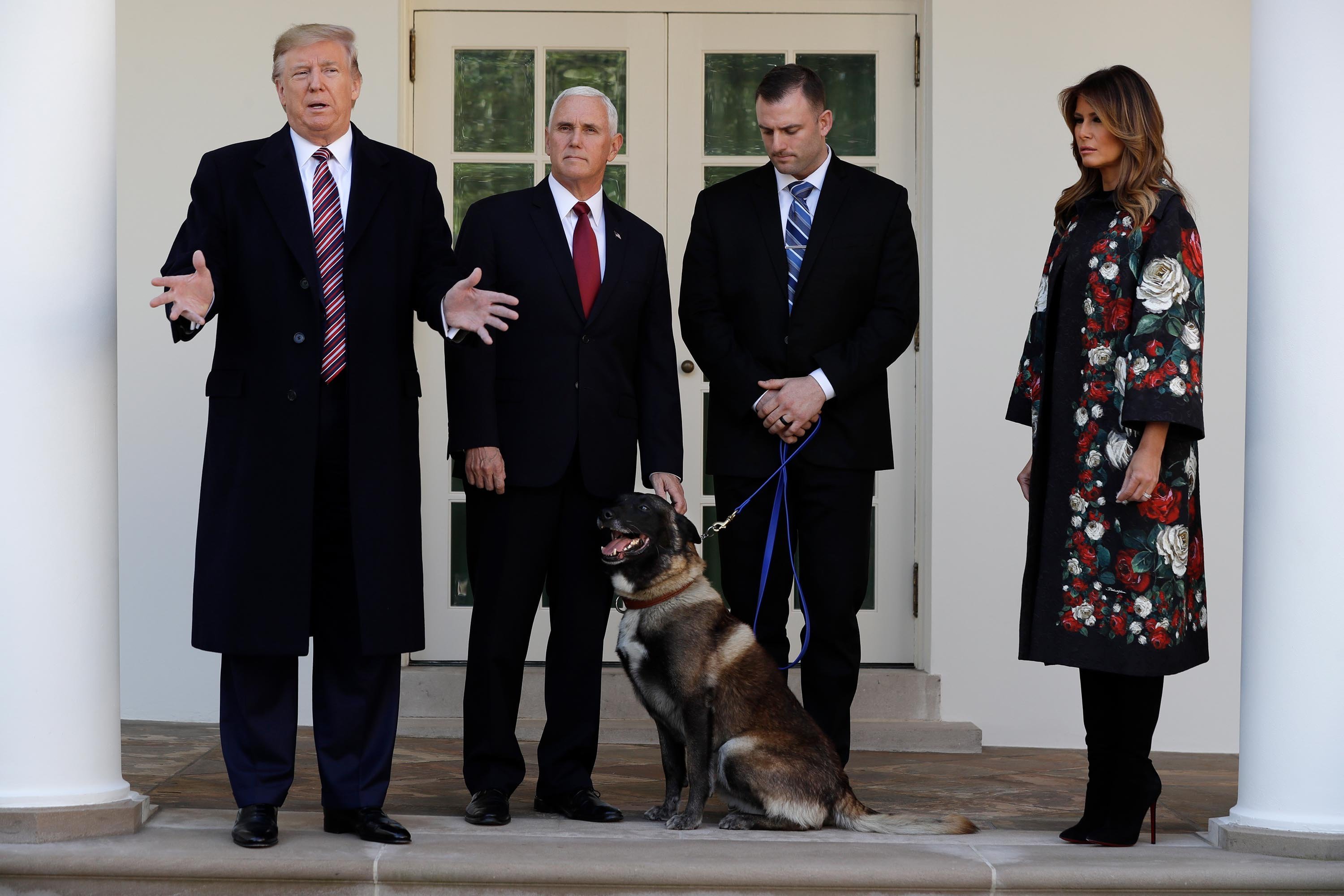 (CNN) -- President Donald Trump recognized Conan, the hero dog who was injured during a raid which led to the death of ISIS leader Abu Bakr al-Baghdadi, at the White House on Monday.

Trump said in the Rose Garden that Conan, a Belgian Malinois, had arrived in Washington from the Middle East and had received a "medal and a plaque."

"Conan was very badly hurt ... and they thought maybe was not going to recover, (but) recovered very quickly and has since gone on very important raids," Trump said.

The President said Conan was not retiring and is in "prime time" age-wise.

At one point during the previously unscheduled appearance in front of the press, Trump suggested Conan would turn on reporters who asked questions.

"It's trained that if you open your mouths, you will be attacked. You want to be very, very careful," the President said.

Trump had previously said that Conan was injured while chasing Baghdadi down a dead-end tunnel.

The President said that the tunnel collapsed during the explosion. He also appeared to refer to more than one dog on the scene of the chase, saying Sunday morning that Baghdadi "reached the end of the tunnel, as our dogs chased him down."

The dog, part of the Army Delta force, which executed the raid, was believed to have been injured from an electrocution and is recovering, a US defense official said.

To protect Conan's ongoing work with the Army Delta force, its name and image were previously classified. But Trump declassified Conan's image, tweeting its picture and later, shared the dog's name.

He's also tweeted a photoshopped image of Conan with a dog version of the Medal of Honor, calling the canine an "AMERICAN HERO!"