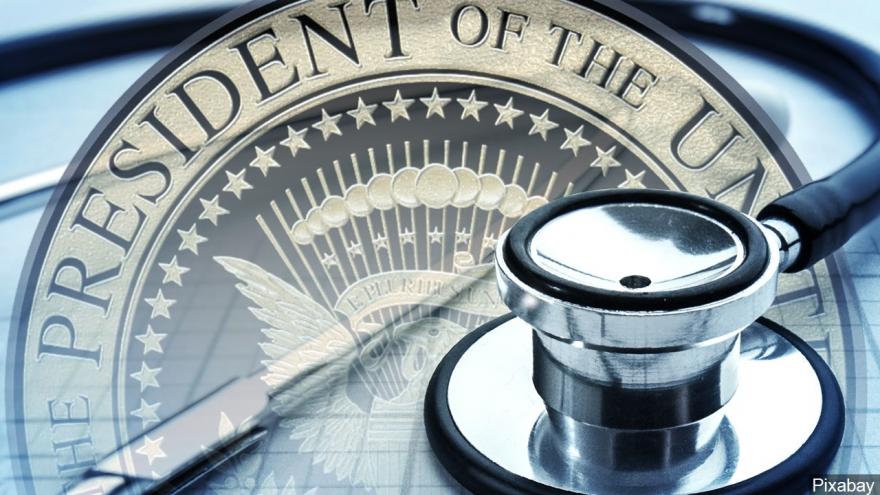 "While the reports and recommendations are being finalized, I am happy to announce the President of the United States is in very good health and I anticipate he will remain so for the duration of his Presidency, and beyond," Conley wrote in a statement.

The examination took "approximately four hours" and did not require any sedation or anesthesia, Conley added.

Last year, Trump received a glowing bill of health from his then-physician Rear Adm. Ronny Jackson, who noted the President's "excellent health" and "incredible genes" in a briefing with reporters. Jackson even joked that Trump "might live to be 200 years old" if he made improvements to his diet.

But sources told CNN that a year later, Trump has made only minor changes to his diet and exercise regimen.

"The President received a diet and exercise plan last year after his annual physical, but the President admits he has not followed it religiously," said Hogan Gidley, the principal deputy White House press secretary.

Conley's statement does not elaborate on any of the President's medical conditions or procedures performed during the examination.

Last year's examination revealed that Trump has a common form of heart disease, as well as high cholesterol. Trump also received a perfect score on a cognitive exam, which Jackson said he performed at the President's request.

"I've got to know him pretty well. And I had absolutely no concerns about his cognitive ability or his, you know, his neurological function," Jackson told reporters at the time.