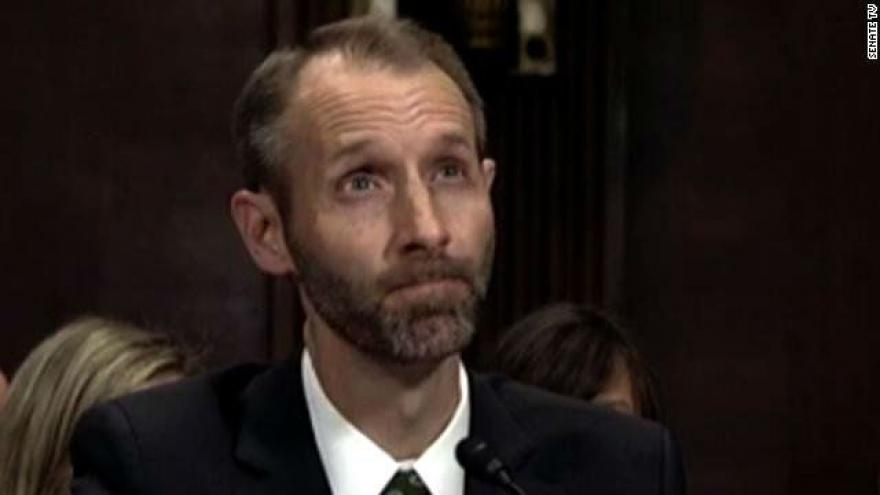 Matthew Spencer Petersen, a Trump judicial nominee, struggled to answer basic legal questions posed to him by Republican senator John Kennedy on Wednesday December 13, 2017, including his lack of experience on trial work, the amount of depositions he\\\'d worked on and more. Photo courtesy Senate TV

(CNN) -- A Trump judicial nominee struggled to answer basic legal questions posed to him by a Republican senator on Wednesday, including his lack of experience on trial work, the amount of depositions he'd worked on and more.

During his testimony, Matthew Spencer Petersen, who currently serves as a commissioner on the Federal Election Commission, was asked a string of questions by GOP Sen. John Kennedy of Louisiana about his experience on trials, including how many depositions Petersen had worked on--the answer was less than five -- and the last time he had read the Federal Rules of Civil Procedure -- he said he couldn't remember.

Petersen is up for a seat on the US District Court for the District of Columbia.

During the hearing, Petersen had to acquiesce on many occasions that his "background was not in litigation," despite the role he was up for. He added, "I understand the challenge that would be ahead of me if I were fortunate enough to become a district court judge."

The testimony has since been widely shared on social media. Democratic Sen. Sheldon Whitehouse of Rhode Island tweeted out a video of the incident Thursday night writing, "MUST WATCH: Republican @SenJohnKennedy asks one of @realDonaldTrump's US District Judge nominees basic questions of law & he can't answer a single one. Hoo-boy.

Petersen's testimony followed the narrow confirmation of another one of the president's judicial nominees, Leonard Steven Grasz, to the 8th Circuit Court of Appeals despite the fact that he had received a "not qualified" rating from the American Bar Association.

The White House said earlier this week that it would withdraw the nomination of Brett Talley who was also unanimously rated by the ABA as "not qualified." He was originally nominated to serve as a district judge in Alabama. The administration is also withdrawing the name of Jeff Mateer, who was up for a seat on the district court in Texas, following comments that have surfaced where he called transgender children part of "Satan's plan."