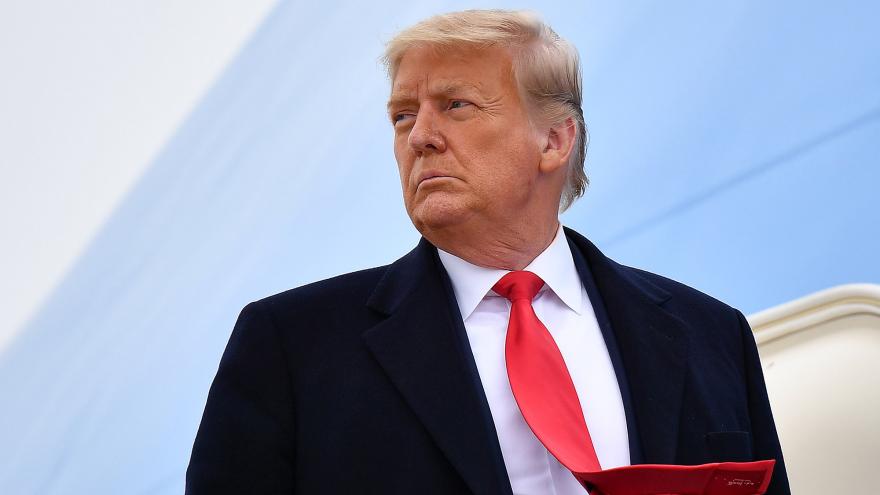 (CNN) -- Former President Donald Trump is weighing the creation of a super PAC as he seeks to assert his authority over the Republican Party and expand his post-presidential political operation.

Trump spokesman Jason Miller confirmed Saturday that the former President is considering forming a super PAC, which can raise unlimited amounts of money from virtually any source and faces no limits on spending.

The committee "could be a brand new entity" or a repurposed version of "America First," an existing super PAC launched while Trump was in office, Miller told CNN's Jim Acosta. Politico previously reported Trump's interest in moving forward with a super PAC.

Trump also made several changes Saturday to his growing fundraising apparatus. In filings with the Federal Election Commission, he converted both his presidential campaign committee, Donald J. Trump for President, and his leadership PAC, Save America, into two political action committees that can support other candidates for office. Trump's campaign committee has become the Make America Great Again PAC -- or MAGA PAC.

Trump already has amassed millions of dollars in contributions since creating Save America after November's election and bombarding his supporters with false claims that election fraud contributed to his defeat.

Trump's fundraising moves come on the eve of his first political speech since leaving the White House. He's slated to address activists Sunday at the Conservative Political Action Conference in Orlando, Florida, as he seeks to shape the future of the party and target Republicans he views as disloyal.