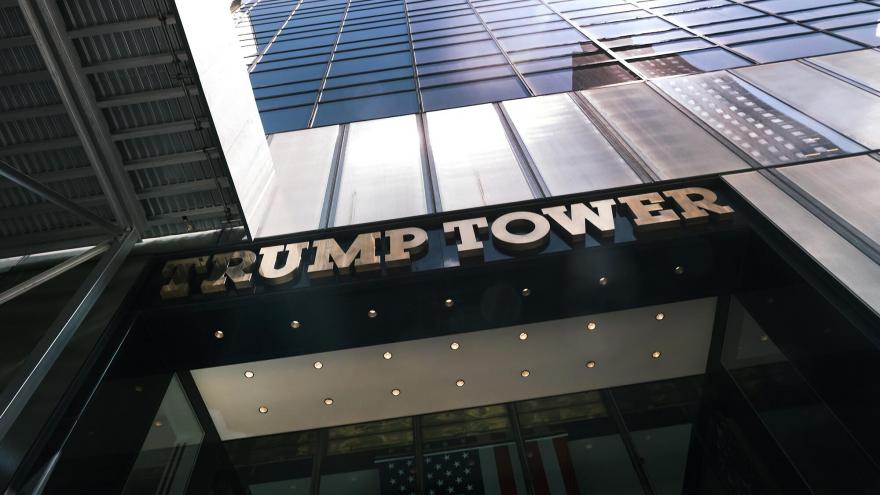 Former President Donald Trump's long-time accounting firm informed the Trump Organization last week that it should no longer rely on nearly 10 years' worth of financial statements and that they would no longer be their accountants, citing a conflict of interest. Trump Tower, home to the Trump Organization, is show here along Fifth Avenue on June 30, 2021 in New York City.

(CNN) -- Former President Donald Trump's long-time accounting firm informed the Trump Organization last week that it should no longer rely on nearly 10 years' worth of financial statements and that they would no longer be their accountants, citing a conflict of interest.

"We have come to this conclusion based, in part, upon the filings made by the New York Attorney General on January 18, 2022, our own investigation, and information received from internal and external sources," Mazars wrote in a letter to the Trump Organization chief legal officer, advising them to no longer rely on financial statements ending June 2011 through June 2020.

"While we have not concluded that the various financial statements, as a whole, contain material discrepancies, based upon the totality of the circumstances, we believe our advice to you to no longer rely upon those financial statements is appropriate."

The company also advised the Trump Organization to inform any recipients of the statements, such as lenders or insurers, to not rely on the statements.

Mazars also said it would no longer act as Trump's accountant, citing a "non-waivable conflict of interest." The accounting firm said the only work not completed was the filing of Trump and Melania Trump's tax returns. It says they are still seeking information about an apartment for Matthew Calamari Jr., the company's head of security, which they have sought for months but have not received. Trump's main accountant, Donald Bender, testified before the grand jury investigating the Trump Organization last year, sources told CNN.

The letter was included in a court filing by the New York attorney general's office, which has been trying to enforce a subpoena for documents from Trump and seek his testimony as well as that of Donald Trump Jr., and Ivanka Trump. A court hearing is set for Thursday.

"While we are disappointed that Mazars has chosen to part ways, their February 9, 2022 letter confirms that after conducting a subsequent review of all prior statements of financial condition, Mazars' work was performed in accordance with all applicable accounting standards and principles and that such statements of financial condition do not contain any material discrepancies," a Trump Organization spokesperson said Monday. "This confirmation effectively renders the investigations by the DA and AG moot."

In a lengthy court filing last month, the New York attorney general's office alleged it has found "significant" evidence "indicating that the Trump Organization used fraudulent or misleading asset valuations to obtain a host of economic benefits, including loans, insurance coverage, and tax deductions." On the financial statements, they alleged, there were numerous "misleading statements and omissions."

Lawyers working for New York Attorney General Letitia James also pushed back on Trump's argument that she is trying to "end run" the grand jury process by seeking their testimony as part of the city investigation while there is an ongoing criminal investigation. Trump's team has argued that James, whose office announced it was teaming up with the Manhattan district attorney's office on the criminal case, was politically motivated.