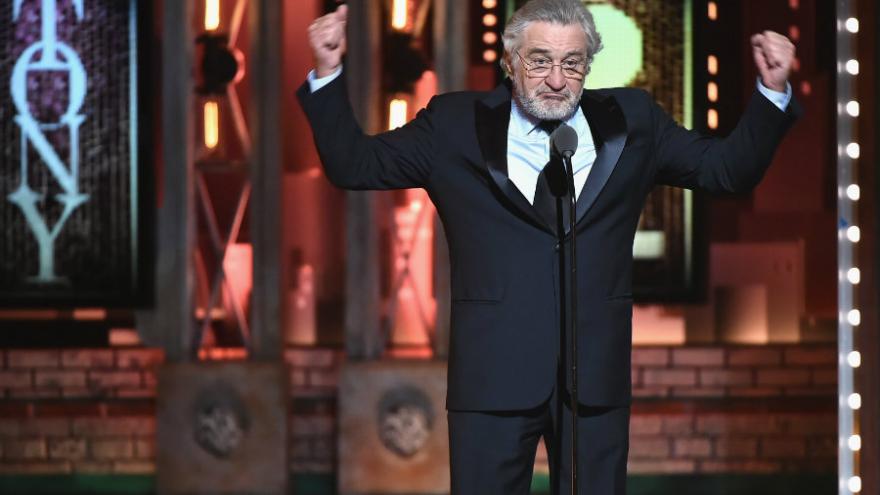 (CNN) -- President Donald Trump slammed actor Robert De Niro in a series of tweets aboard Air Force One as he returned to the United States from Singapore.

After a few tweets boasting about his historic summit with Kim Jong Un, the President reverted to name calling, criticizing the film star, whom he called "a very low IQ individual."

"Robert De Niro, a very Low IQ individual, has received to (sic) many shots to the head by real boxers in movies. I watched him last night and truly believe he may be 'punch-drunk.' I guess he doesn't realize the economy is the best it's ever been with employment being at an all time high, and many companies pouring back into our country. Wake up Punchy!" Trump wrote Wednesday morning, or Tuesday afternoon ET.

Though Trump said Tuesday he had been working "around the clock" to prepare for his meeting with Kim, it seems he found time to watch a clip of De Niro's rant.

Introducing a performance by Bruce Springsteen Sunday night at the Tony Awards, the actor railed against the American President.

His comments received a standing ovation in Radio City Music Hall at the time.