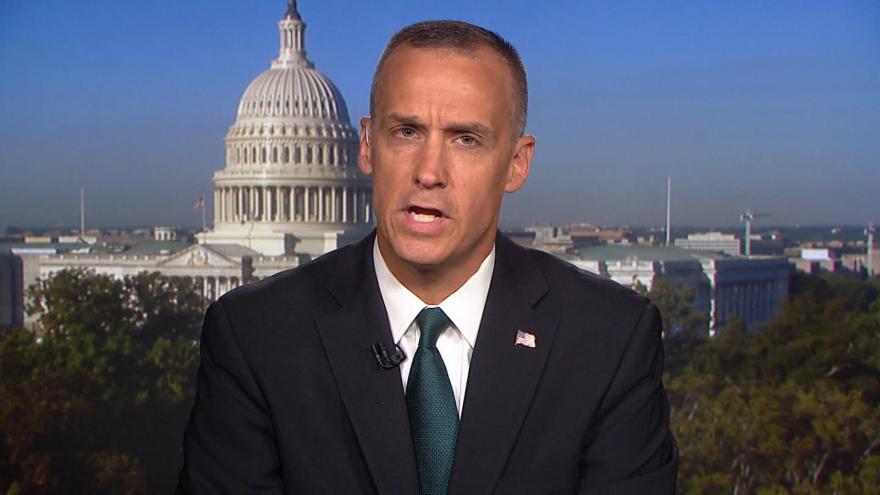 Trump loyalists Corey Lewandowski and David Bossie would be appointed to the Defense Business Board to partly replace nine members who were ousted earlier, according to a statement from the Pentagon.

(CNN) -- President Donald Trump has purged a Pentagon business advisory board and replaced its members with his former campaign manager and deputy campaign manager, neither of whom have served in the military or have any apparent experience with the defense industry.

Acting Defense Secretary Christopher Miller announced Friday that Trump loyalists Corey Lewandowski and David Bossie would be appointed to the Defense Business Board to partly replace nine members who were ousted earlier, according to a statement from the Pentagon. Politico was first to report on the departure of the nine members.

Trump has jettisoned much of the Pentagon's civilian leadership in recent weeks, replacing officials with a slew of political loyalists in a wave of disruption as his administration winds to a close. Since firing Defense Secretary Mark Esper by tweet November 9, the President has ousted at least three other top officials and replaced them with perceived loyalists and targeted two advisory boards.

One of the President's more recent nominees for a Pentagon position has spread debunked conspiracy theories on Twitter that called Trump's election loss to President-elect Joe Biden a "coup" and shared tweets that suggest Trump should declare martial law.

It is not clear why Trump has embarked on such sweeping changes with only weeks left before Biden moves into the White House.

The decision to give board seats to Lewandowski and Bossie, who have worked as political operatives and Trump campaign employees, follows the administration's move last week to jettison several high-profile members of the Defense Policy Board, an outside advisory group that provides the defense secretary with advice on defense policy.

In yet another purge of longstanding foreign policy experts and national security establishment figures in the final days of the Trump era, members such as former Secretaries of State Madeleine Albright and Henry Kissinger, former ranking member of the House Intelligence committee Jane Harman and former House Majority Leader Eric Cantor were summarily ousted, according to three defense officials.