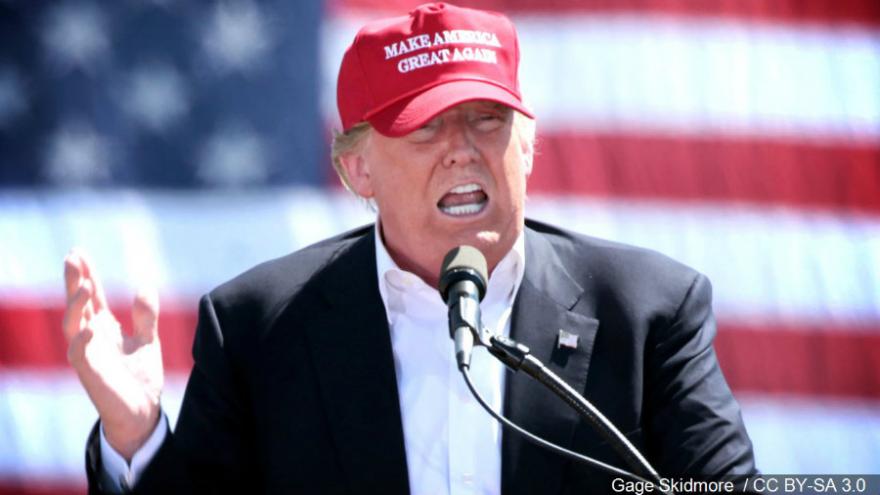 WASHINGTON (AP) — President Donald Trump is returning to the campaign trail with big-stage events targeting vulnerable Senate Democrats and mobilizing his most fervent supporters on behalf of Republicans, after primaries this week that saw GOP congressmen lose in key races.

Trump was certain to hail the return of three Americans who had been held captive in North Korea. Trump greeted the men during an overnight celebration and later announced plans to meet with North Korean leader Kim Jong Un in Singapore.

The Indiana rally comes as the president has told advisers he is eager to ramp up his campaign travel on behalf of Republicans.

The president, who helped raise $132 million for the Republican National Committee in 2016, won 10 states where Democratic senators are on the ballot this year. He's expected to campaign heavily to help Republicans maintain Senate and House majorities and elect GOP governors.

"The president takes his role as leader of the Republican Party very seriously, and after more than a year in office, he understands too few Democrats are willing to join hands across party lines to support issues that the American people resoundingly called for," said White House political director Bill Stepien. "The president's calendar is mapped out with his political priorities in mind."

Trump's political advisers chose to hold the rally in the heart of Donnelly's political base. Before his 2012 election, the senator represented a House district that included Elkhart.

The city, home to manufacturing jobs and the recreational vehicle industry, was also paid a visit by President Barack Obama in 2009 when the region was suffering from unemployment rates surpassing 19 percent. Obama returned to Elkhart in 2016 to point to economic progress, but Trump carried the county and much of the region overwhelmingly that year.

The rally comes on the heels of bruising defeats this week for Republican incumbents: Two Indiana congressmen making a bid for a U.S. Senate seat lost to Braun, a North Carolina congressman lost to a pastor and a third incumbent lost in a contested Senate primary in West Virginia.

Ahead of the rally, Donnelly's campaign said the senator had voted with Trump 62 percent of the time "because he works for Hoosiers, not any politician or political party."

His speech last week to the National Rifle Association in Dallas put him before thousands of gun-rights activists who actively backed his campaign. And last Saturday, Trump was in Ohio, long the key electoral piece for any GOP presidential hopeful.

During the event in Cleveland, Trump was joined by Rep. Jim Renacci, who won the Republican Senate nomination on Tuesday with the president's endorsement. Trump said Renacci's opponent, Democratic U.S. Sen. Sherrod Brown, "does not think the way we think ... when it comes to borders, when it comes to so much," delivering a message that Republicans hope to hear frequently.

"If President Trump is willing to go out and define some of these opponents, it's extremely helpful to those campaigns," said Barry Bennett, a former Trump campaign aide. "He'll deliver the negative messages, they can deliver the positive."

"In West Virginia, his one tweet single-handedly swung the dynamics of a race," Stepien said.

Stepien said Trump would engage in a similar way in future races "if he feels particularly strongly about a race or feels a particular connection to a candidate" but added that would happen less often.

A key to Trump's message will be energizing low-propensity Republican voters in 2018, many of whom turned out for the first time in years to vote for him.

As he travels the country, Trump will face the question of whether his appeal is transferable to down-ballot candidates, much in the way that Obama struggled to rally core Democrats when he wasn't running himself.

Obama suffered broad losses in Congress and in statehouses during the 2010 and 2014 midterm elections, an outcome Trump hopes to avoid.

Appearing at a Cabinet meeting, Trump said that Tuesday ended up being "a very big night for the Republican Party" in primaries in West Virginia, Ohio and elsewhere.

"Every candidate that we wanted won, and they did very well," Trump said Wednesday. "There was tremendous enthusiasm."