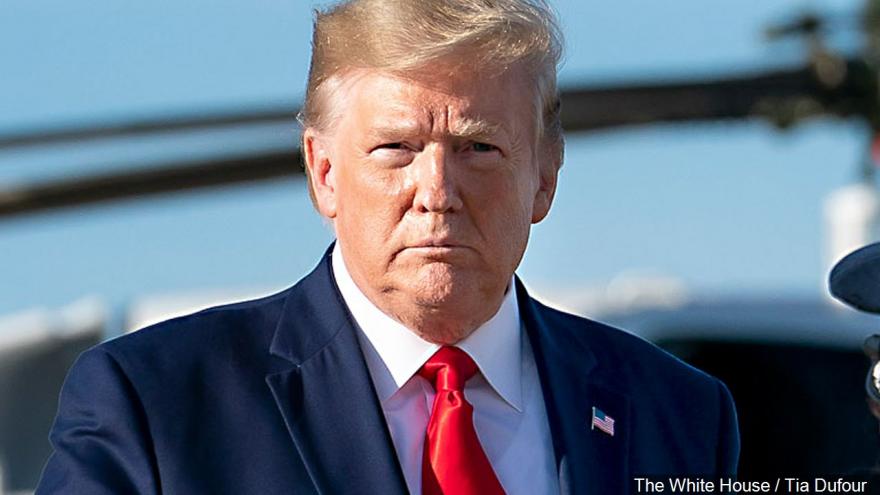 The President tweeted: "We will no longer consider Trump National Doral, Miami, as the Host Site for the G-7 in 2020. We will begin the search for another site, including the possibility of Camp David, immediately."

In another tweet, Trump said, "I thought I was doing something very good for our Country by using Trump National Doral, in Miami, for hosting the G-7 Leaders."

The White House had been defending its decision to use Trump's own property as the site for the G7 amid mounting criticism, with White House press secretary Stephanie Grisham telling CNN that the Doral site would be "significantly cheaper" than other options.

The administration had argued the event would be run "at cost," or without profit, by the Trump National property because of the emoluments clause of the Constitution, which largely prohibits the President from accepting gifts and money from foreign governments.

But it is not clear that simply avoiding a profit would keep the administration from running afoul of the emoluments clause.

House Speaker Nancy Pelosi told CNN on Friday that holding the G7 at Trump's property was "completely out of the question."

Several of Trump's staunchest defenders on Capitol Hill said they were not concerned about it. GOP Rep. Jim Jordan told CNN that "the American people are much more concerned about not where it happens, but what happens at the event."

But some members of the President's party suggested otherwise. Republican Rep. Adam Kinzinger of Illinois said he was "not happy about it."

"I read the emoluments clause again yesterday," Kinzinger said on Friday, "and it talks about titles and nobility and all this. I don't know if it's a direct violation, but I don't understand why at this moment they had to do it."