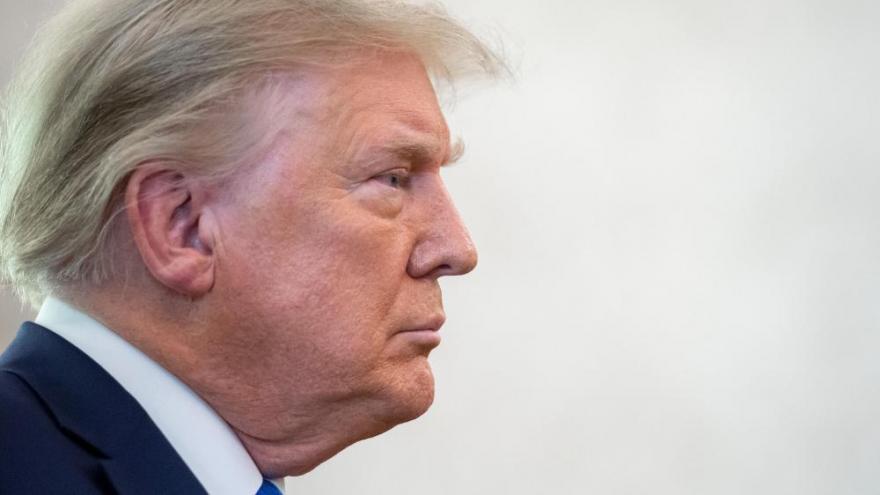 President Donald Trump, pictured here in the Oval Office of the White House in Washington, DC on December 7, 2020, revokes the rule barring lobbying by former officials as he leaves office.

(CNN) -- As his term comes to an end, President Donald Trump revoked a rule he signed early in his term that imposed a five-year lobbying ban for administration officials and a lifetime ban on lobbying for foreign governments.

Trump had signed the order "Ethics Commitments by Executive Branch Appointees" within his first week in office as part of his campaign promise to "drain the swamp" in Washington.

But now, as he and his advisers depart the White House, Trump is presumably allowing for those officials to begin lobbying when they leave government.

The January 28, 2017 executive order required appointees to pledge that they will not "engage in lobbying activities with respect" to the executive agency they were appointed to serve within five years after "termination of their employment" -- effectively allowing them to lobby other areas.

As a presidential candidate in 2016, Trump initially called for enacting the five-year lobbying ban through legislation and for a similar restriction for members of Congress and their staff. But his executive order was ultimately free of that language.

At the signing, Trump slammed former President Barack Obama for enacting a two-year lobbying ban for officials who left his administration, saying his Democratic predecessor's order was insufficient and full of loopholes.

But Trump's order appeared to borrow language from Obama's directive and a similar lobbying ban signed by former President Bill Clinton, NPR reported at the time.

Because lobbying can be ambiguously titled in practice, former staffers can still "shadow" lobby or cash in on their government expertise by joining firms where they help lobbyists and lobbying firm clients navigate Washington without formally registering as lobbyists.

Clinton had also nixed the five-year lobbying ban at the end of his tenure, which Trump had criticized during the 2016 campaign.

"He rigged the system on his way out," Trump said of Clinton as he ran against his wife, Hillary Clinton.

President-elect Joe Biden, who will be sworn in on Wednesday, plans to implement several new ethics restrictions early in his presidency, including barring employees who leave his administration from lobbying the administration for the length of Biden's term in office, CNN reported Tuesday.

The ethics rules, first reported by The Washington Post, also would prohibit departing executive branch employees from shadow lobbying for one year after leaving government.