Trump rips Mary Trump in first comments about her book 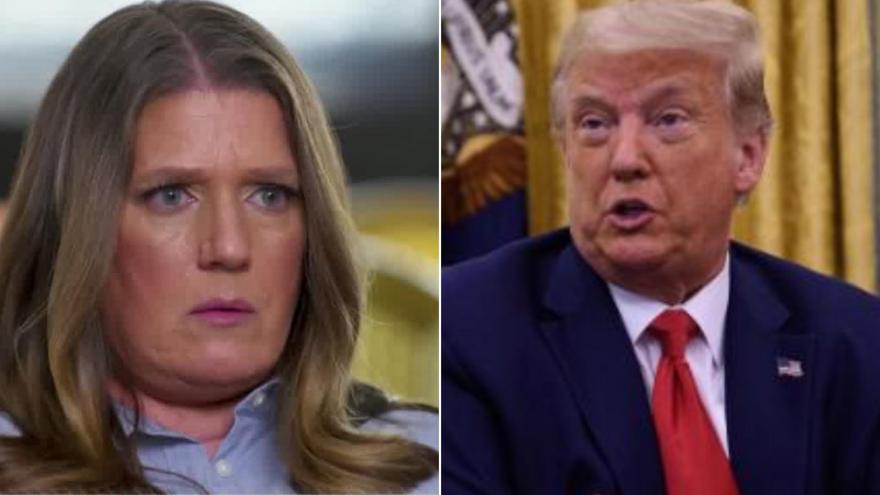 President Donald Trump tore into his niece Mary Trump after days of silence about her recently published book.

(CNN) -- President Donald Trump tore into his niece Mary Trump after days of silence about her recently published book, which is critical of the President and his family, calling her "a mess" and alleging she wrote "untruthful things."

In a series of tweets Friday, the President accused his niece of breaking an unspecified law and lambasted her for criticizing his parents who, he added, "couldn't stand her!"

Mary Trump's tell-all book, "Too Much and Never Enough: How My Family Created the World's Most Dangerous Man," went on sale Tuesday and portrays the President in an unflattering light.

She has faced litigation from Robert Trump, the President's brother, who argued in court that it violated a confidentiality agreement related to Fred Trump's estate. But a New York judge ultimately allowed its release. It sold a staggering 950,000 copies by the end of its first day on sale, publisher Simon & Schuster said Thursday.

Mary Trump has made damning allegations against the President in recent TV appearances, including claiming she's heard Trump use racial slurs. The White House has denied her claims.

In the series of tweets Friday, Trump also had choice words for John Bolton, calling his former national security adviser a "lowlife dummy." Bolton recently published a book about his time in the White House and called the President "naive and dangerous."

The President wrote: "I am the ultimate member of The Book of the Month Club. First I have lowlife dummy John Bolton, a war mongering fool, violating the law (he released massive amounts of Classified Information) and an NDA in order to build badly needed credibility and make a few dollars, which will all end up going to the government anyway."

"Many books have been written about me, some good, some bad. Both happily and sadly, there will be more to come!," the President wrote, in conclusion.