Trump says 3,000 American troops are heading to the Middle East 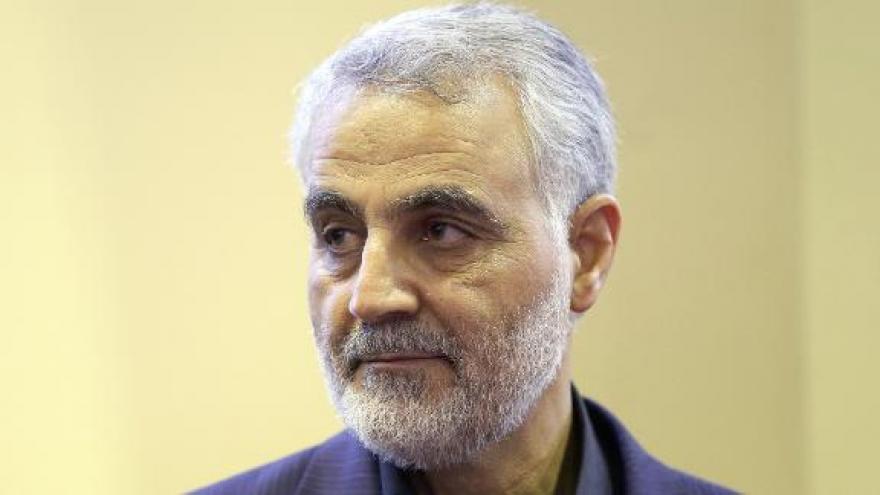 (CNN) -- President Donald Trump said he ordered the killing of one of Iran's most powerful men to stop a war, not start one, as tensions between the two nations rise and the United States sends thousands of additional troops to the Middle East.

The US will deploy the troops following a drone strike at Baghdad International Airport that killed military commander Qasem Soleimani, a defense official told CNN.

The troops will come from the Immediate Response Force of the 82nd Airborne Division. CNN has previously reported the forces had been placed on prepare-to-deploy orders.

After hundreds of protesters targeted the US Embassy compound in Baghdad this week, the US sent in 750 troops from the same unit and said additional deployments were possible. The new deployment will encompass the rest of the brigade -- about 3,000 soldiers.

The decision comes after Trump said he ordered the precision strike to kill Soleimani, who was plotting "imminent and sinister attacks" on Americans, adding the decision was one of deterrence rather than aggression.

"We took action last night to stop a war. We did not take action to start a war," Trump said in a statement from his Mar-a-Lago resort on Friday, a day after the airstrike in the Iraqi capital.

Soleimani was the head of the Islamic Revolutionary Guards Corps (IRGC) Quds Force, and became the architect of Tehran's proxy conflicts in the Middle East. Abu Mahdi al-Muhandis -- the deputy head of the Iran-backed Iraqi Popular Mobilization Forces (PMF) -- was also killed.

The Trump administration viewed Soleimani as a ruthless killer, and the President told reporters Friday that the general should have been taken out by previous presidents.

The Pentagon blamed Soleimani for hundreds of deaths of Americans and their allies. "General Soleimani was actively developing plans to attack American diplomats and service members in Iraq and throughout the region," the Pentagon said, calling the strike "decisive defensive" action aimed at deterring future Iranian attacks.

Secretary of State Mike Pompeo said the strike had thwarted an "imminent" attack in the region, but declined to give any details on the intelligence on which he based his statement.

Sen. Chris Van Hollen, a Democrat and member of the Appropriations Committee, said the strike will increase threats to US interests from across Middle East.

"Today the administration announced we're sending 3,000 more troops to the region," he said. "So clearly the administration recognizes that this action has actually dramatically increased the risks in the Middle East, increased the risks of an attack from Iran and it should be no surprise to anybody who has followed these issues that Iran does mean what it says when it says this is essentially tantamount to an act of war."

Iran says it will fight back

In a letter to the United Nations, Iran described the attack as state terrorism and an unlawful criminal act.

It was "tantamount to opening a war," Majid Takht Ravanchi, Iran's ambassador to the UN, told CNN's "Erin Burnett OutFront."

He said the strike had escalated a war that started when Iran pulled out of a nuclear deal with Tehran in 2018.

"The US has started the economic war in -- in May 2018. Last night, they started a military war. By assassinating, by an act of terror, against one of our top generals," he told CNN.

Iran and its allies condemned the strike as an "assassination," while European officials and the UN called for de-escalation.

The Pentagon blamed Soleimani and his Quds Force for recent attacks on coalition bases in Iraq, including the December 27 strike that culminated in the deaths of an American contractor and Iraqi personnel. It also blamed him for the US Embassy attack in Baghdad on December 31.

At least six people were killed in the strike, an Iraqi security source told CNN on condition of anonymity.

Funeral processions will be held for Soleimani in both Iran and Iraq, Iranian state media reported. Iran will hold three days of national mourning, with people also gathering in Baghdad on Saturday to pay tribute to all the officials killed.

Iran's Supreme Leader, Ayatollah Ali Khamenei, has vowed "harsh revenge," according to a statement on his official website.

"His pure blood was shed in the hands of the most depraved of human beings," Khamenei said.

Maj. Gen. Ismail Qaani, who served for years alongside Soleimani, has been appointed as his replacement.

Some US officials are bracing for Iran to retaliate with a cyber attack, but Iran has shown it is also capable of engaging in another form of online warfare: social media disinformation campaigns. Authorities were on Saturday increasing vigilance and fortifying defenses.