Trump says he could send as many as 75,000 federal agents to US cities 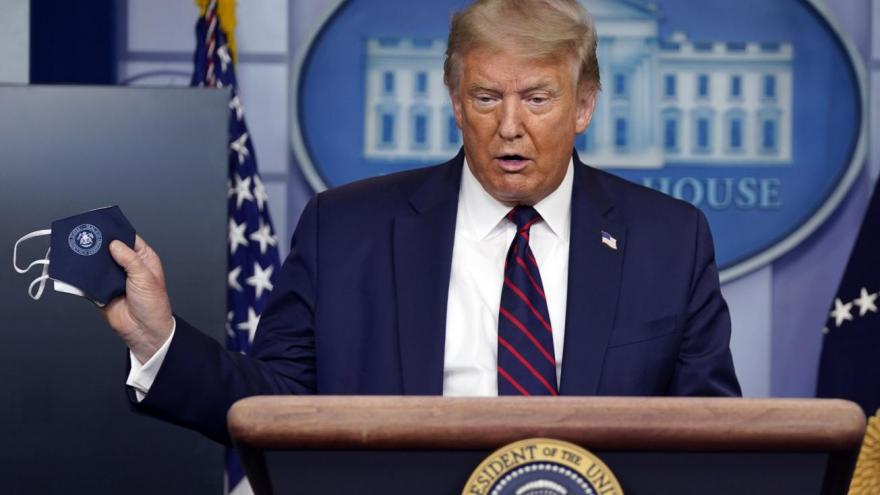 President Donald Trump, seen here during a news conference at the White House, Tuesday, July 21, 2020, in Washington, said Thursday that he's willing to send as many as 75,000 federal agents into American cities to quell violent crime.

(CNN) -- President Donald Trump said Thursday that he's willing to send as many as 75,000 federal agents into American cities to quell violent crime, a recent campaign theme for the President.

Speaking in a telephone interview on Fox News, Trump began by saying he was ready to dispatch "50,000, 60,000 people" into American cities.

But eventually he upped the figure to 75,000 -- but said it would require local authorities asking for help.

"We have to be invited in. At some point we'll have to do something much stronger than being invited in," Trump said.

Deploying 75,000 officers would mark a significant portion of all federal officers in the country. According to a 2019 report from the Bureau of Justice Statistics, there were approximately 100,000 federal law enforcement officers in the entire United States in 2016, the last year for which data was available.

Trump's comments come as he has tried to make federal policing a campaign issue, portraying cities as violent and out of control in an appeal to suburban residents. The President said Wednesday that he will "surge" federal law enforcement officers to Chicago and other American cities, despite resistance from local leaders, as he adopts a hardline "law and order" mantle ahead of November's election.

Trump's campaign has increasingly turned to dark themes of violence and chaos as it seeks to falsely paint his Democratic rival Joe Biden as anti-police. Since protests spread throughout the country following the murder of George Floyd, Trump has worked to cultivate a tough-on-crime message that includes the federal law enforcement efforts now underway.

Earlier on Thursday, Trump took to Twitter to address the "The Suburban Housewives of America," warning that "Biden will destroy your neighborhood and your American Dream. I will preserve it, and make it even better!"

During Thursday's Fox News interview, Trump suggested he'd spoken recently with Chicago Mayor Lori Lightfoot, a Democrat who has resisted Trump's warnings he would send federal officers to her city.

He called it a "great talk," but said she and other Democratic leaders were resisting his offers to help.

Chicago isn't the only city that could face an increased federal law enforcement presence. Department of Homeland Security officials told CNN on Thursday that a Customs and Border Protection team is headed to Seattle where it will remain on standby to help protect federal facilities.

Masked, camouflaged federal authorities without identification showing their rank and name have already arrested protesters in Portland, Oregon, as part of the President's demand that federal buildings be protected from protesters, drawing backlash from local officials. DHS officials said agents were identified by agency insignia and a "police" label on their uniforms.