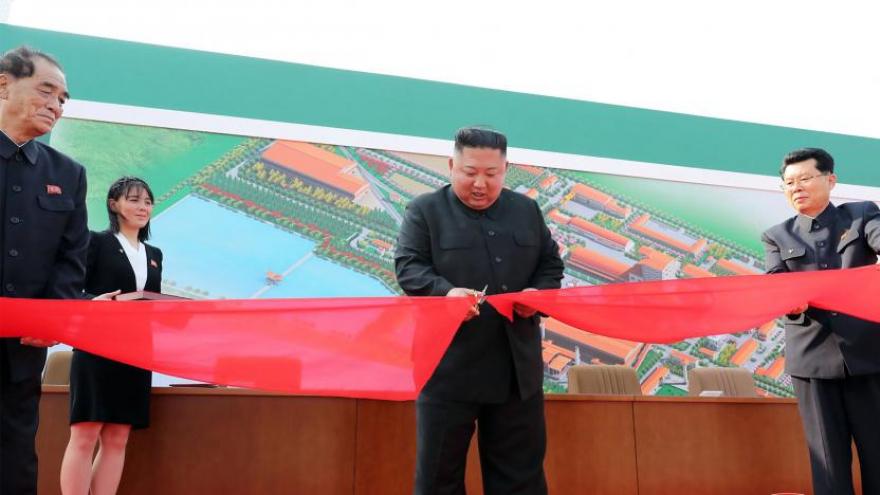 This was Kim's first public appearance in about three weeks after global speculation over his health.

CNN has reached out to the White House for additional information about the President's tweet and whether the White House has authenticated the photos released by North Korean state media.

On Sunday, South Korean presidential adviser Moon Chung-in told CNN that the North Korean leader was "alive and well" despite speculation about his health.

The adviser to South Korean President Moon Jae-in said Kim had been staying in the Wonsan area, on the country's east coast, since April 13, adding: "No suspicious movements have so far been detected."