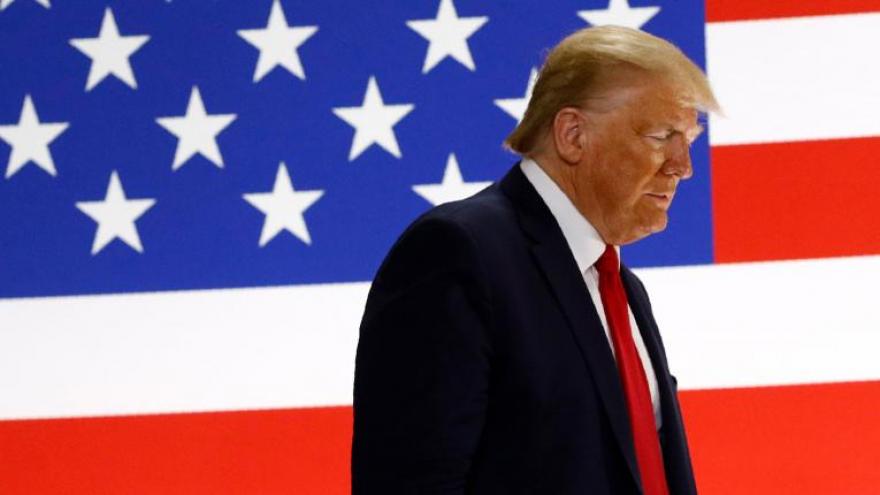 President Donald Trump tweeted Sunday morning that he has ordered for the National Guard to start the process of withdrawing from Washington, DC, after days of peaceful protests.

(CNN) -- President Donald Trump tweeted Sunday morning that he has ordered for the National Guard to start the process of withdrawing from Washington, DC, after days of peaceful protests.

"They will be going home, but can quickly return, if needed. Far fewer protesters showed up last night than anticipated!" Trump tweeted.

Trump did not specify in the tweet whether he meant all National Guard forces should be withdrawn or if he was just referring to out-of-state troops ordered to leave.

Maj. Gen. William Walker, commander of the DC National Guard, told CNN's Ryan Browne on Saturday that the out-of-state troops would begin leaving as early as Monday. The presence of those out-of-state forces had been a point of contention between Washington officials and the administration.

In a Friday letter to the President, DC Mayor Muriel Bowser argued that the additional law enforcement are "inflaming" and "adding to the grievances" of people protesting in the wake of Floyd's death.

"The protestors have been peaceful, and last night, the Metropolitan Police Department did not make a single arrest. Therefore, I am requesting that you withdraw all extraordinary law enforcement and military presence from Washington, DC," Bowser wrote in the letter, adding that she had ended the state of emergency in DC related to the protests.

Trump attacked the mayor in response, claiming in a Friday tweet that she was "fighting" with the Guard and warning that if she didn't treat the service members "well" he would bring in a "different group of men and women."

The following day, Bowser joined thousands of protesters on the streets of the nation's capital on Saturday.

"We should all be watching what's happening in Washington, DC, because we don't want the federal government to do this to any other Americans," Bowser said while walking through downtown DC with protesters on Saturday.