Trump says his 'financial statement' will be released 'at some point' 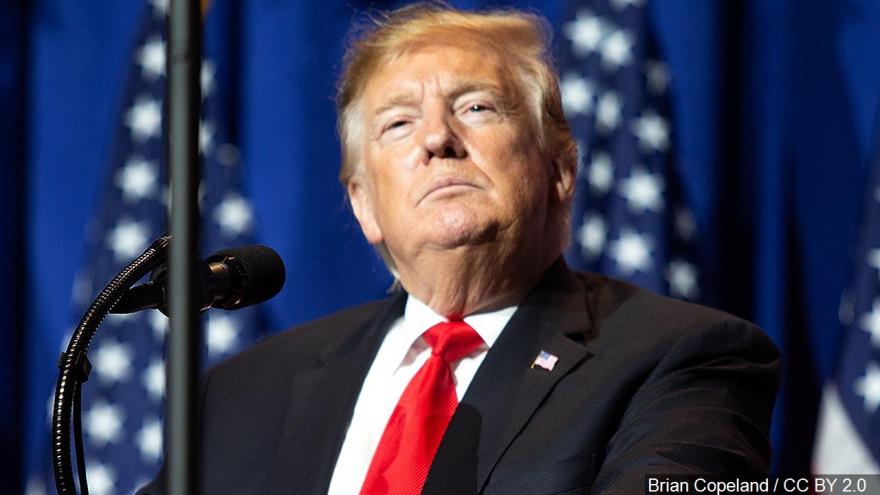 (CNN) -- President Donald Trump assumes his "financial statement" will "at some point" be released, he told ABC News in an interview that aired Sunday.

Asked if he would turn it over, he said, "At some point, I might," adding, "it's a fantastic financial statement."

The President has refused to release his tax returns while in office, making him the only modern president to refuse to do so.

Trump told ABC News he is being asked for statements "they've never asked another President for."

The Trump administration rejected Congress' requests for the President's tax returns. On Friday, the Justice Department released a legal opinion supporting the administration's refusal to provide the documents.

House Ways and Means Committee Chairman Richard Neal issued a subpoena to Treasury Secretary Steve Mnuchin and IRS Commissioner Charles Rettig in May after they rebuffed the Democrat's request for six years of the President's personal and business tax returns.

Trump's businesses reportedly lost $1.17 billion between 1985 and 1994, The New York Times reported in May, citing information from tax documents from those years.

At one point during the interview Sunday night, while Trump was answering the question about his financial statement, he hustled his acting chief of staff, Mick Mulvaney, out of the Oval Office after he coughed during the answer.

"Let's do that over, he's coughing in the middle of my answer," Trump said.

"If you're going to cough, please leave the room. You just can't, you just can't cough. Boy, oh boy," Trump said, shaking his head. After Mulvaney left, Trump looked back at the camera and finished his answer.