Trump says no end to shutdown until border barrier constructed 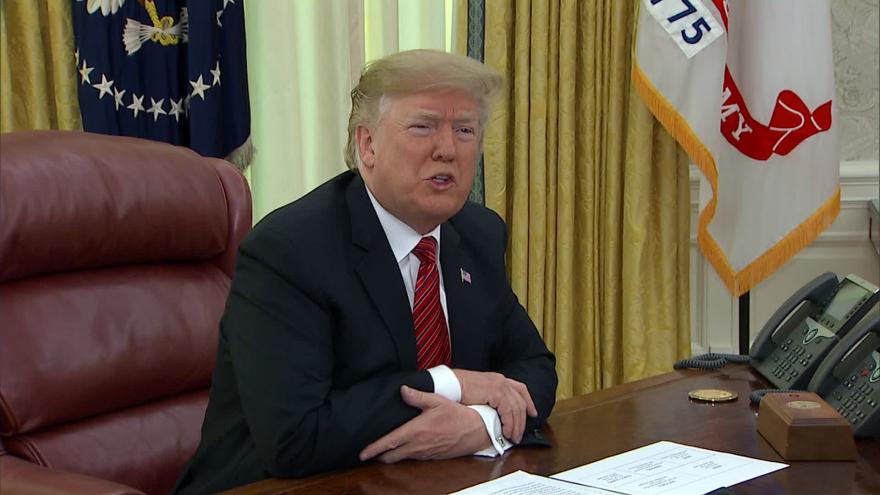 (CNN) -- President Donald Trump said Tuesday the government won't reopen until funding is secured for his border barrier, and he plans to go to the border in January to visit a new stretch of wall.

"I can't tell you when the government is going to be open. I can tell you it's not going to be open until we have a wall, a fence, whatever they would like to call it," Trump said in the Oval Office after a Christmas call with US troops.

Trump repeated a claim made a day earlier -- without explanation -- that he'd recently approved 115 miles worth of border barrier. The White House hasn't provided any further details about the claim, which Trump first made on Twitter on Christmas Eve.

He said he would go to the new stretch of the wall in January.

"It's going to be built, hopefully rapidly," he said. "I'm going there at the end of January for the start of construction. That's a big stretch."

"We're almost having a groundbreaking, it's such a big section," he said. "It's probably the biggest section we'll get out."

Trump has previously visited wall prototypes near the border.