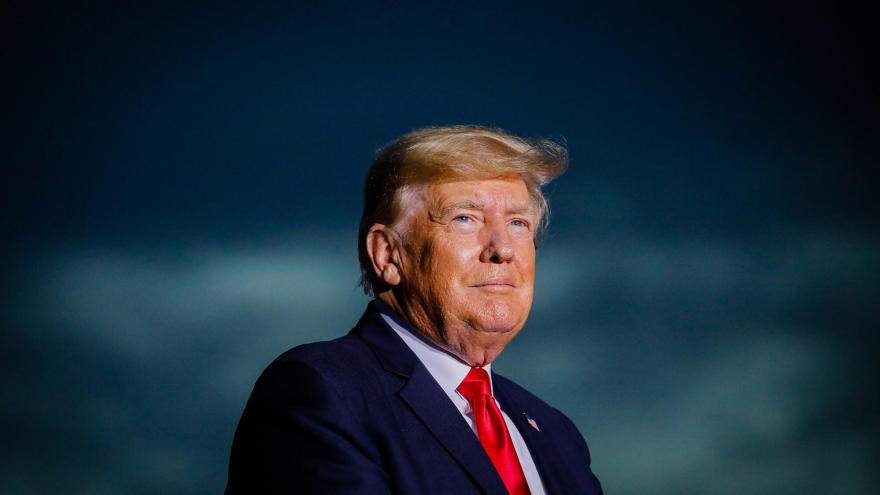 The lawsuit, which comes on the heels of James' office seeking to depose Trump as part of its civil fraud investigation into the Trump Organization, also seeks to enjoin James' involvement in any civil or criminal actions against the former President or his company.

The suit, filed in federal court in Northern New York Monday, accuses James of misconduct, claiming she has abused her investigatory powers to target her political adversaries and advance her career.

"Since taking office, she has tirelessly bombarded him, his family and his business, Trump Organization LLC, with unwarranted subpoenas in a bitter crusade to 'take on' the President," the suit states.

James' office did not immediately respond to a request for comment.

The suit cites comments James made from her 2018 campaign for New York attorney general through recent comments she made on "The View" last week, accusing her of openly flouting her duty to remain neutral in public.

Trump's suit accuses James of "relentlessly pushing" Vance's office into a criminal investigation of the Trump Organization. A spokesman for Vance's office declined to comment.

Attorneys for Trump ask for a declaratory judgment stating that James has violated Trump and the Trump Org's rights, privileges and immunities and that her investigations constitute "impermissible state action" and an "abuse of power."

"Absent judicial relief, James will continue to violate Plaintiffs' rights in an unconstitutional manner and Plaintiffs will suffer imminent and irreparable harms," the suit states.