Trump suspends travel from Europe to US 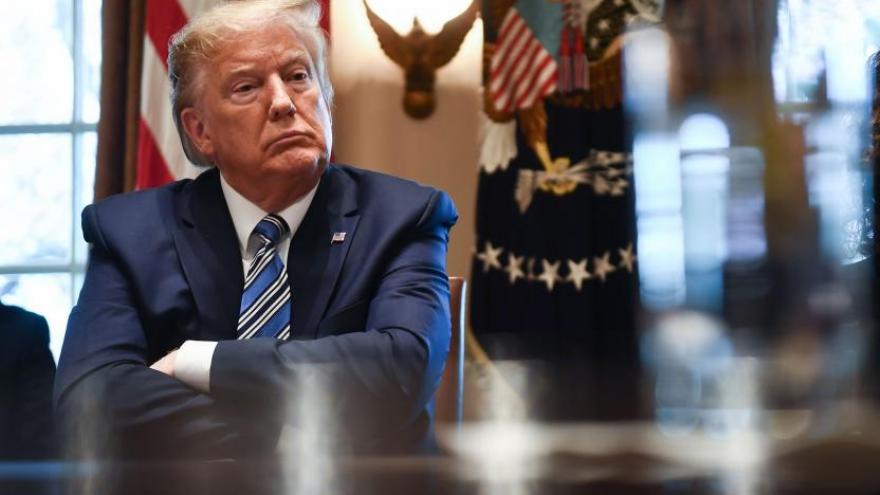 President Donald Trump said he will address the nation in the Oval Office to talk about the US response to the ongoing novel coronavirus outbreak.

(CNN) -- President Donald Trump said Wednesday he was "marshaling the full power of the federal government" to confront a growing public health crisis, including a month-long halt in travel from Europe to the United States.

Trump said he was overseeing "the most aggressive and comprehensive effort to confront a foreign virus in modern history."

Trump was speaking during a rare Oval Office address to the nation after facing harsh criticism for his response to the pandemic.

Earlier Wednesday, Trump would not say whether the US would issue additional travel restrictions on Europe, nor would he answer whether he would issue a national disaster declaration.

"We'll be talking about that later. All those things we're making a decision on," he added.

Trump's top advisers had discussed potential new travel advisories on Europe during meetings at the White House on Wednesday, according to two officials familiar with the matter. The advisers are considering raising travel alerts on Europe to recommend against all non-essential travel to the continent, which administration officials view as a new epicenter for the pandemic.

Trump's moves could have dire consequences for airlines and the travel companies, and sources said Trump was expected to outline some relief efforts for those industries in his address.

Speaking earlier Wednesday about the global impact of the virus and potential changes to US travel restrictions, Trump said: "We'll be starting some additional solutions."

"(Europe is) having a tough time right now with the virus. And we'll be making various decisions," he said.

A dinner previously scheduled for Wednesday evening at the Naval Observatory between Vice President Mike Pence, the President and their spouses was been postponed. An afternoon press briefing by the coronavirus task force was canceled as well.

Wednesday evening's speech marks Trump's second time delivering an address to the nation from the Oval Office. The President previously delivered an address on immigration amid a partial government shutdown in January 2019.

There are 118,000 cases globally and more than 4,000 deaths, the agency said, and the virus has found a foothold on every continent except for Antarctica.

In the weeks since the S&P 500 and Nasdaq Composite closed at all-time highs, the emergence of the coronavirus outbreak has disrupted global supply chains, triggered the cancellation of major conferences and public events and led companies to cancel travel plans and enact emergency work-from-home policies.

These disruptions have led to warnings of slowed economic activity and fears of a global recession, sending markets into a tailspin.