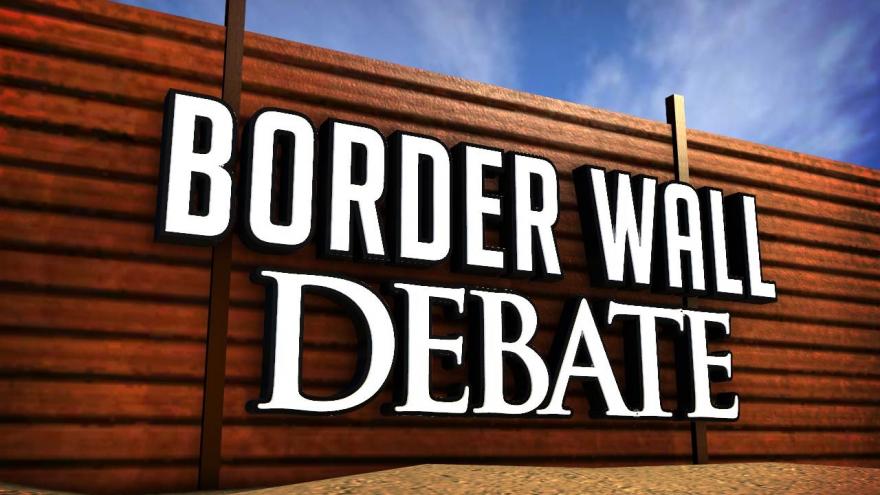 (CNN) -- President Donald Trump threatened to push the government into shutdown ahead of the coming appropriations deadline in September if Congress does not fund his border wall and change the nation's immigration laws.

"I would be willing to 'shut down' government if the Democrats do not give us the votes for Border Security, which includes the Wall! Must get rid of Lottery, Catch & Release etc. and finally go to system of Immigration based on MERIT! We need great people coming into our Country!" Trump tweeted Sunday.

Trump has previously floated the possibility of a government shutdown over border security and immigration, and on Sunday he made his threat explicit, saying he would do so unless Congress funds his proposed wall, which he promised Mexico would pay for, and puts in place his preferred immigration policies.

In May, Trump suggested "closing up the country for a while" if he did not get his wall.

"They don't want the wall," Trump said. "But we're going to get the wall, even if we have to think about closing up the country for a while."

Sunday's shutdown threat from Trump also echoed a remark he made in February when he said "I'd love to see a shutdown" if the government did not agree to address immigration.

Congress ultimately passed a spending bill in March that funded the government through September. Trump threatened at the time to veto the spending agreement, but eventually signed the bill while expressing his displeasure with Congress.

"I said to Congress, I will never sign another bill like this again," Trump said in March.

A shutdown over Trump's wall at the September deadline would mark the third lapse in appropriations this year, following a shutdown in January as Democrats battled with the Trump administration and congressional Republicans on protections for "Dreamers" as well as a brief shutdown when Republican Sen. Rand Paul of Kentucky blocked a spending vote.

Senate Majority Leader Mitch McConnell announced in June that he was canceling much of the Senate's August recess, saying the chamber needed the additional time to make progress on Trump's nominees and pass appropriations bills. And with the House out on August recess, there's not much time left before the deadline that both chambers will be in session.

Both Speaker of the House Paul Ryan and McConnell met with Trump last week to discuss funding the government.