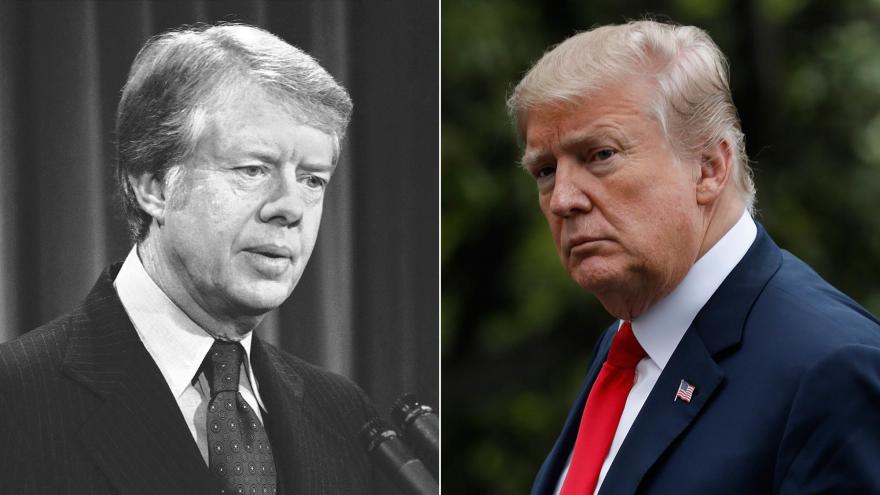 Lowden is the pastor at Maranatha Baptist Church in Plains, Georgia, the longtime church of former President Jimmy Carter. Carter has long been deeply involved with the church, where he teaches Sunday school. The former president, 95, is currently recovering from a series of health issues, including a procedure in November to relieve pressure on his brain following recent falls. Carter attended Sunday's service, but Lowden did not preach this week, according to a video of the sermon posted online.

In a time of bitter, partisan division, Lowden's roles will serve as a rare example of unity and common ground.

Lowden and Maranatha Baptist Church did not immediately respond to CNN's request for comment.

"I cannot think of anyone better than Tony Lowden to lead a national effort to help those who have served time in prison get a true second chance once they are released," Carter said in the statement. "With support and resources, recidivism can decrease and former inmates can become productive members of their communities. The congregation at Maranatha Baptist Church in Plains will help in any way we can."

Carter, who has been an outspoken critic of Trump, has also advised him during his presidency. Carter and Trump spoke by phone about US-China trade negotiations last year. Trump tweeted his well wishes to Carter when he had hip surgery last May.

But the two sparred over the summer when Carter suggested Trump's presidency was illegitimate. Trump responded, calling Carter a "nice man, terrible president."

As recently as last Thursday, Carter criticized Trump's plan for Middle East peace, saying in a statement: "The new US plan undercuts prospects for a just peace between Israelis and Palestinians. If implemented, the plan will doom the only viable solution to this long-running conflict, the two-state solution."

Trump is expected to announce Lowden's appointment, which was first reported by McClatchy, on Friday during a trip to Charlotte, North Carolina, for the North Carolina Opportunity Now Summit. The Trump administration has made prison reform and workforce development priorities, and established the Federal Interagency Council on Crime Prevention and Improving Reentry, which Lowden will lead as executive director, in March 2018.

These policies are likely to be a key message in Trump's campaign for reelection. The campaign ran a 30-second ad during the Super Bowl touting criminal justice reform and featuring Alice Johnson, a first-time nonviolent drug offender who was granted clemency by the President.

Lowden previously founded an after-school program for at-risk children and served as a commissioner on the State Charter School Commission, per his Maranatha Baptist biography. He also served as the director of Faith and Justice Initiative for the Governor's Office of Transition Support and Reentry under then-Georgia Gov. Nathan Deal.

"Pastor Lowden has an extensive history fighting for reentry and is an excellent 'outsider' voice for this critical Trump Administration initiative," a White House official said.