Trump to host Washington Nationals at the White House 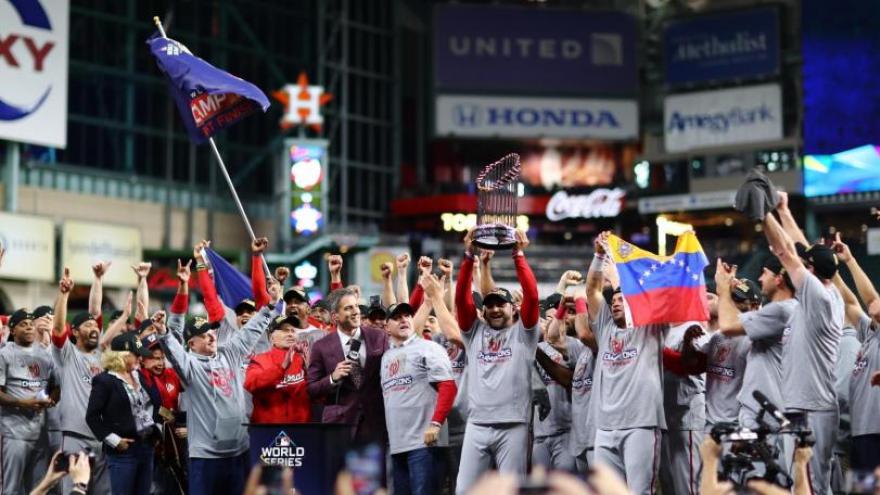 The Nationals arrived back in DC Thursday night after their Wednesday victory over the Houston Astros in a dramatic seven-game series. The team will be holding its victory parade on Saturday in DC.

CNN has reached out to the Nationals for comment.

Trump has already butt heads with Nationals fans. The President attended Game 5 of the World Series in DC on Sunday, where he received cheers, boos and some chants of "lock him up." Frequent Trump critic and chef José Andrés made the ceremonial first pitch at Sunday's game.

Speaking at a Medal of Freedom ceremony in the Oval Office a few days before the game, the President was asked whether he'd throw out the first pitch of the game.

"I don't know. They gotta dress me up in a lot of heavy armor. I'll look too heavy. I don't like that," Trump joked, appearing to refer to his bulletproof vests.

The Washington Capitals, DC's National Hockey League team, also announced Friday that they would honor the Nationals before the Capitals' game on Sunday.

Members of the Nationals as well as the World Series trophy will appear on the ice for a pre-game ceremony, according to a statement from the Capitals.