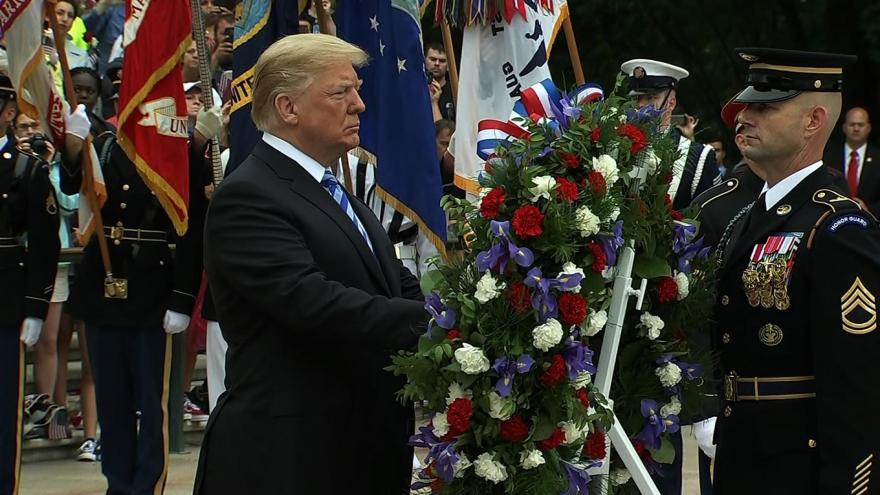 Separately Monday, the President along with first lady Melania Trump, will travel to Baltimore to visit Ft. McHenry. The successful defense there of the Baltimore Harbor in 1814 during the War of 1812 led to the writing of the "Star-Spangled Banner."

The visit will come in spite of a plea for Trump to rethink his visit from Baltimore Mayor Bernard "Jack" Young, who has said it will send the wrong message at a time when he is asking the city's residents not to travel. Baltimore is one of the areas of concern for public health officials worried about the spread of coronavirus.

"I'm asking the President to rethink his trip. It sends a bad, bad message to the citizens of Baltimore because I'm asking them to stay home and only come out for essential reasons," Young told CNN's John King on Friday. "I just want him to set the example for the rest of the country and not do this trip, because it's not essential."

In the same interview on Friday, Young said that he is certain that the President could find another, safer way to honor the country's fallen soldiers.

"This has nothing to do with him personally. My city is seeing an increase in the number of Covid-19 cases, and we don't want to spread it," Young, a Democrat, said. He also said that the White House did not give the mayor's office a heads-up to prepare for the visit and that it was the second time the White House has done that.

Deere responded to Young's criticism by stating that "the brave men and women who have preserved our freedoms for generations did not stay home and the President will not either as he honors their sacrifice by visiting such a historic landmark in our Nation's history."

Trump's last visit to Baltimore was in the fall of 2019 a few months after he tweeted that the city was a "rat and rodent infested mess." He's said he doesn't regret the comments.