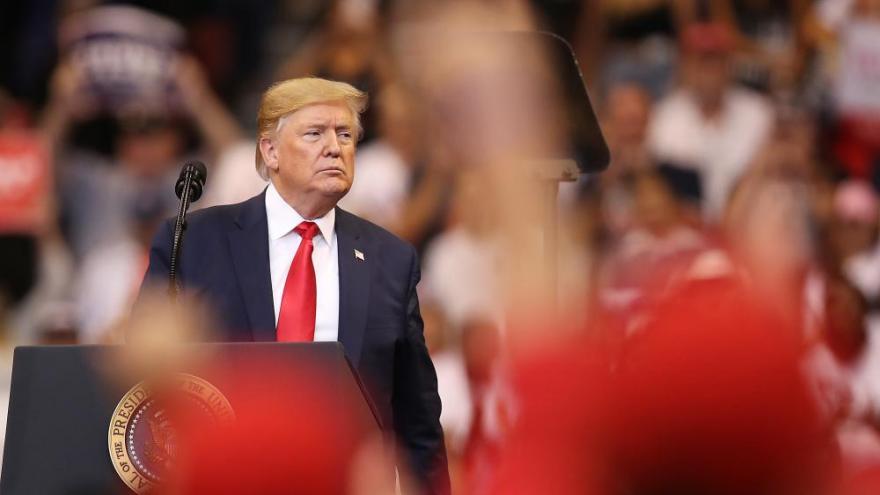 "Americans are ready to get back to action and so is President Trump. The Great American Comeback is real and the rallies will be tremendous. You'll again see the kind of crowds and enthusiasm that Sleepy Joe Biden can only dream of," Parscale said in a statement.

The exact time and locations of the rallies have yet to be determined, but the campaign is in the process of outlining possible dates and venues. Politico first reported the return of the rallies.

The President has not held a rally since March, when the coronavirus pandemic halted in-person campaigning. He is set to hold his first in-person fundraisers at the end of this week.

However, two Trump advisers, one inside and one outside the campaign, are raising questions about how the campaign will stage rallies in the age of the coronavirus.

Aides say Trump is anxious to get back out in front of his supporters and his interest in doing so has only gone up as he's watched throngs of protesters take to the streets in the wake of the death of George Floyd, a black man who died after a white police officer knelt on his neck, and to speak out against police brutality.

"Why should anti-Trump protesters be out there and not us?" a campaign adviser asked.

The campaign believes that these massive protests, with demonstrators showing up shoulder to shoulder in big numbers, not only make it more urgent for the President to get back out on the campaign trail, but also dull the potential criticism of him making this move amid a pandemic.

This story has been updated with comments from two Trump advisers.