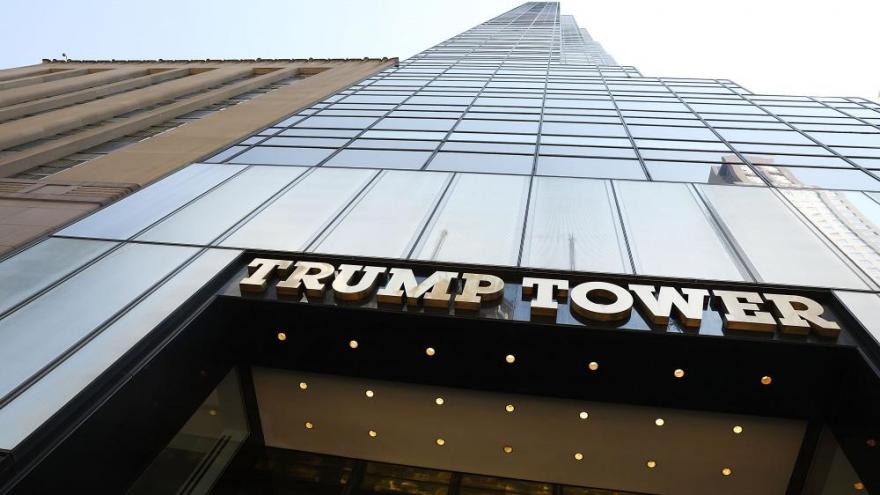 Trump Tower, seen in Manhattan on August 4, 2017, in New York City, will see security scaled down.

(CNN) -- Once a fortress, security in and around Trump Tower on Manhattan's Fifth Avenue will begin to loosen possibly as early as this week when the building's namesake departs the White House.

The police presence will be scaled down once President Donald Trump leaves office Wednesday, according to a New York Police Department official.

Streets around the high-rise that have been blocked since he became president will likely be reopened, and barricades are expected to be removed, according to the official, who spoke on the condition of anonymity, as plans are still being coordinated with the US Secret Service and other federal authorities.

A communications center inside Trump Tower will no longer be needed and will be dismantled, the official added.

Trump Tower has had an increased security presence since Trump won the Republican presidential nomination in the summer of 2016, as it had served as the President's main office and residence, the official said.

The building has for years been the target of protests from activists, lawmakers and the city itself. Last July, for example, New York City painted a large yellow mural on the avenue outside Trump Tower reading "Black Lives Matter," spurring Trump to criticize the phrase as a "symbol of hate."

When asked about changes in security, NYPD spokeswoman Detective Denise Moroney said that they will continue to have a "robust presence" at Trump-affiliated locations, including Trump Tower on Fifth Avenue. After the inauguration, the department will reevaluate its security presence, she said.