Trump tweets support for Michigan protesters, some of whom were armed 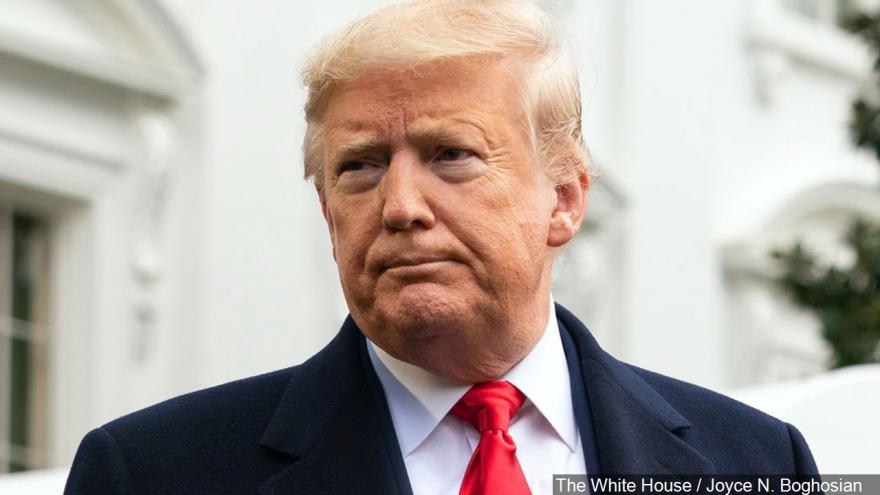 (CNN) -- President Donald Trump sided with protesters -- some of whom were armed -- in Michigan on Friday, for their effort to reopen parts of the state after Democratic Gov. Gretchen Whitmer extended her emergency declaration keeping some businesses shuttered amid the coronavirus pandemic.

The message was the latest example of Trump's efforts to side with Americans, and in particular his own supporters, who are agitating for their states to lift restrictions on businesses and residents. Last month, he encouraged similar protests in states led by Democrats by calling for them to "LIBERATE."

"The Governor of Michigan should give a little, and put out the fire," Trump wrote on Friday. "These are very good people, but they are angry. They want their lives back again, safely! See them, talk to them, make a deal."

Concerned a spike in unemployment and increasingly angry voters could damage his reelection prospects, Trump has encouraged governors to ease their restrictions, which were enacted in an attempt to slow the spread of coronavirus.

Last week, the President erupted at his campaign manager over sliding internal poll numbers in swing states, highlighting the stress he's feeling over the coronavirus pandemic's effect on his reelection hopes.

In some cases, Trump's encouragement has contradicted the guidelines his own administration offered on reopening states, including a recommendation that the first phase only come after a 14-day "downward trajectory" of confirmed cases. In Michigan, the case count has been steadily declining, but there have been individual days where the number of new cases has increased, partly because the state has ramped up testing.

While he once proclaimed "absolute power" to reopen parts of the country, Trump later conceded that decisions about how and when to return to a more normal state would fall to individual governors, who enacted stay-at-home orders in the first place. But even on the sidelines, Trump has pressed state leaders to loosen their restrictions.

His message Friday came after an angry bout of protests at the state capital in Lansing, where lawmakers were meeting to debate an end to the emergency order. About 400 to 700 people stood on the state Capitol grounds, according to Michigan State Police. Some were photographed carrying weapons.

Despite the pressure, Whitmer extended the order, which was due to expire at the end of Thursday. On Friday, she signed executive orders that terminated the old state of emergency and put in place a new one through May 28. Last week, Whitmer had extended the separate stay-at-home order through May 15.

"COVID-19 is an enemy that has taken the lives of more Michiganders than we lost during the Vietnam War," Whitmer wrote in a statement. "While some members of the legislature might believe this crisis is over, common sense and all of the scientific data tells us we're not out of the woods yet."

Trump has sought to blame Whitmer and some other Democratic governors for their handling of the coronavirus outbreak. Some protesters in Lansing on Thursday waved Trump flags or signs, and one woman sported a "Liberate Michigan" mask -- echoing Trump's tweets from last month.