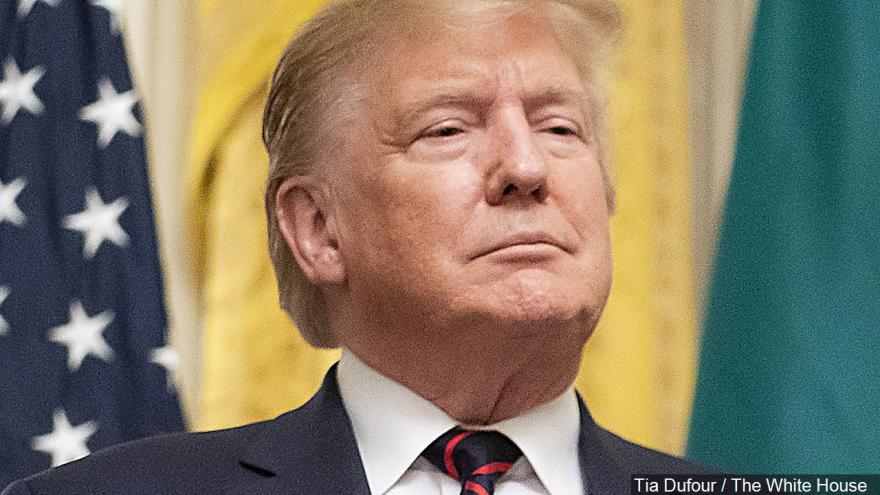 WASHINGTON (AP) — President Donald Trump injected racial overtones into the House impeachment inquiry Tuesday by comparing the Democratic-led investigation into his handling of U.S. policy toward Ukraine to a "lynching." The highest-ranking African American in Congress warned Trump about making the comparison.

Lynchings, or hangings, historically were mostly used by whites against black men, mostly in the South, beginning in the late 19th century amid rising racial tensions in the U.S. By comparing his possible impeachment to a lynching, Trump is also likening Democrats to a lynch mob.

Under pressure over impeachment, blowback over his Syria policy and other issues, the Republican president tweeted Tuesday: "So some day, if a Democrat becomes President and the Republicans win the House, even by a tiny margin, they can impeach the President, without due process or fairness or any legal rights.

"All Republicans must remember what they are witnessing here - a lynching. But we will WIN!"

"That is one word no president ought to apply to himself," Clyburn said on CNN after the president's tweet was read to him. "That is a word that we ought to be very, very careful about using."

Trump has a habit of trying to portray himself as the victim.

His tweet came a day after he lashed at critics of his decision — since rescinded — to schedule a major international economic summit for 2020 at one of his Florida golf properties. He lamented at one point during remarks Monday about people who invoke "this phony emoluments clause."

A whistleblower's complaint that Trump was attempting to use his office for personal political gain during a July 25 phone conversation with Ukraine's president led House Speaker Nancy Pelosi to open the impeachment inquiry.

Trump insists he did nothing wrong. He has characterized the conversation with Ukrainian President Volodymyr Zelenskiy as "perfect" and argues that sore-loser Democrats are still trying to overturn the 2016 election that put him in the White House and keep him from winning a second term next year.

Whites used lynchings as a way to resolve anger toward blacks across the South, where people were blaming their financial problems on newly freed slaves living around them, the NAACP notes.