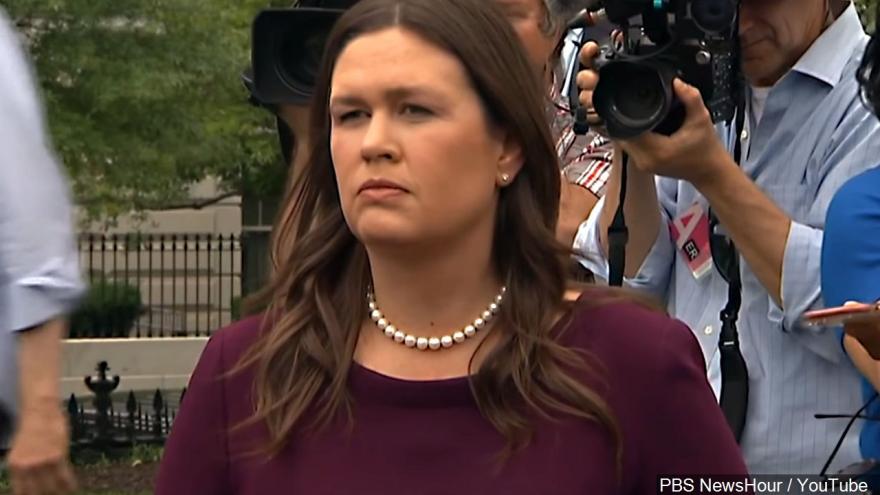 "No, I know a lot of people that want it and they're a lot of great people and sometimes you have so many that it makes it more difficult," he said, praising Sanders, whom he called a "warrior."

"Well, I like Anthony and he's been very nice and all, but I think he should stay where he is right now," Trump said.

Scaramucci previously served in Trump's press shop less than two weeks before he was let go.

Grisham, who has been part of the Trump communications orbit since the campaign (the only "original" left besides Dan Scavino, Stephen Miller and Kellyanne Conway) and was originally part of the West Wing communications team before she started with Melania Trump in March 2017.

Grisham has been a more frequent presence at the President's events, including the March rally in Michigan, which was not attended by the first lady. She is also close with Sanders and deputy press secretary Hogan Gidley.

Melania Trump would support Grisham leaving the East Wing, according to a White House official. Grisham "wouldn't do anything without (Melania's) consent," the official said, adding that Grisham being on the list means "this is a move Melania supports."

Early behind-the-scenes discussions about filling the position have also included Gidley, according to two administration officials. As Sanders' deputy and longtime friend, they are very close. But there is a desire for a female press secretary.