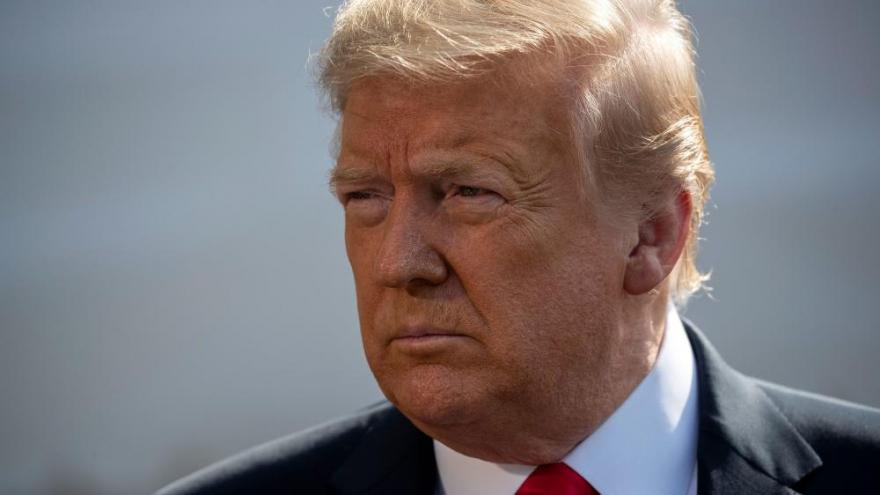 (CNN) -- President Donald Trump will not abide by a new travel advisory in New Jersey requiring a quarantine period for visitors from coronavirus hotspots when he visits his Bedminster golf club this weekend.

"The President of the United States is not a civilian. Anyone who is in close proximity to him, including staff, guests, and press are tested for COVID-19 and confirmed to be negative," White House spokesman Judd Deere said in a statement.

Trump recently traveled to Arizona, one of the states designated by New Jersey as a hotspot requiring quarantine. The governors of New Jersey, Connecticut and New York announced Wednesday that they would require people who'd been to those states to quarantine for 14 days or face fines.

Deere, however, said the White House followed mitigation plans to prevent contagion during the visit to Arizona on Tuesday and that "anyone traveling in support of the President this weekend will be closely monitored for symptoms and tested for COVID and therefore pose little to no risk to the local populations."

In response, New Jersey Gov. Phil Murphy told CNN's Erin Burnett on "OutFront" Wednesday evening that "there is a carve out for essential workers, and I think by any definition the President of the United States is an essential worker."

"I think the bigger point here is we want folks to really be responsible in terms of thinking about not just themselves, but their family and their communities," the Democratic governor continued. "And we've beaten this virus down to a pulp in New Jersey with an enormous loss of life. We've been through hell, and we don't want to go through hell again. And that's the spirit that underpins what we're asking folks to do."

"We have to make sure the virus doesn't come in on a plane," Cuomo said. "We worked very hard to get the viral transmission rate down, and we don't want to see it go up."

The interstate travel restrictions are just another consequence of the federal government's inability to create a robust national public health infrastructure. The lack of nationwide rules and effective supply chains has largely left each state on its own and had the effect of pitting them against each other.