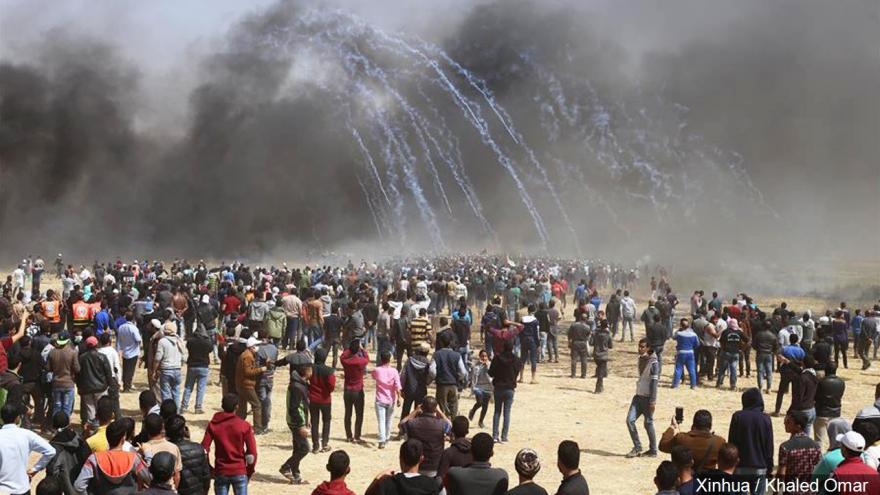 WASHINGTON (AP) — Amid deadly clashes along the Israeli-Palestinian border, President Donald Trump's top aides and supporters on Monday celebrated the opening of the new U.S. Embassy in Jerusalem as a campaign promised fulfilled.

Trump's daughter Ivanka and son-in-law Jared Kushner, along with Treasury Secretary Steve Mnuchin, led the U.S. delegation with a single message: Only Trump had the courage to act on what America has wanted for a long time.

"While presidents before him have backed down from their pledge to move the American Embassy once they were in office, this president delivered. Because when President Trump makes a promise, he keeps it," Kushner was expected to say in a speech later Monday, according to excerpts released by the White House.

The relocation of the embassy from Tel Aviv has infuriated the Palestinians, who seek east Jerusalem as a future capital. Protests roiled the Gaza border, resulting in at least 37 Palestinians killed, officials said.

In a tweet from Washington, Trump did not reference the violence, instead urging people to watch the ceremony on television and declaring Monday "A great day for Israel!"

In a Fox News interview that made no reference to the climbing death toll, Mnuchin repeatedly referenced Jerusalem as the capital of Israel and said Trump should be praised for "taking action" to keep Americans and people in the Middle East safe.

"The president is making difficult decisions because they are what he believes are the right long term decisions and not just kicking the can down the road," Mnuchin said.

Mnuchin also said "it's not coincidental" that the embassy move coincided with Trump's announcement that he planned to abandon the Iran nuclear deal.

Also on hand were Republican Sens. Ted Cruz of Texas and Lindsey Graham of South Carolina.

The embassy celebration was widely considered a snub by the Palestinians. Roughly 800 guests were expected to attend. U.S. officials said last week that Trump's delegation was not planning on meeting Palestinian officials during their visit. The Trump administration in recent months also has slashed U.S. aid to the Palestinians and programs that support them.

Trump's policy is a sharp departure from past U.S. administrations, which have tried to position America as a neutral party ready to broker a peace deal.

"Of all the things President Trump could have done, doing this (embassy move) is the strongest signal he could send to the Israeli people," North Carolina's Graham said.