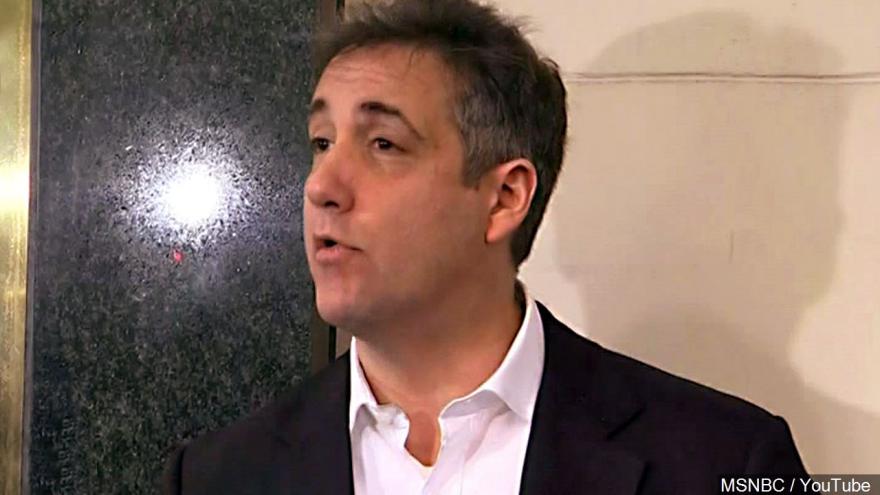 Michael Cohen talks to the press before starting his 3-year prison sentence, Photo Date: May 6, 2019

NEW YORK (AP) — President Donald Trump's ex-lawyer and fixer has arrived at an upstate New York prison to start a three-year sentence for crimes including campaign finance violations related to hush-money payments made on Trump's behalf.

A vehicle carrying Michael Cohen arrived at around 11:30 a.m. EDT Monday at the federal prison in Otisville, about 70 miles (113 kilometers) northwest of New York City.

While leaving his Manhattan apartment earlier, he paused briefly and spoke to a media throng.

Cohen said he looks forward to the day when he can "share the truth." Cohen condemned the "xenophobia, injustice and lies at the helm of our country."

The Federal Correctional Institution, Otisville, is a prison tucked in the lush countryside 70 miles (113 kilometers) northwest of New York City.

A minimum-security prison camp there has become a haven for white-collar criminals including including "Jersey Shore" star Mike "The Situation" Sorrentino and Fyre Festival fraudster Billy McFarland.

Cohen, who's been disbarred, is trading plaid blazers for khaki prison garb after trying and failing in recent weeks to get his sentence delayed or reduced.

His legal team asked House Democrats last month to intercede after Cohen testified on Capitol Hill, but they were reticent to do so. Cohen's lawyers said federal prosecutors in New York were also no help.