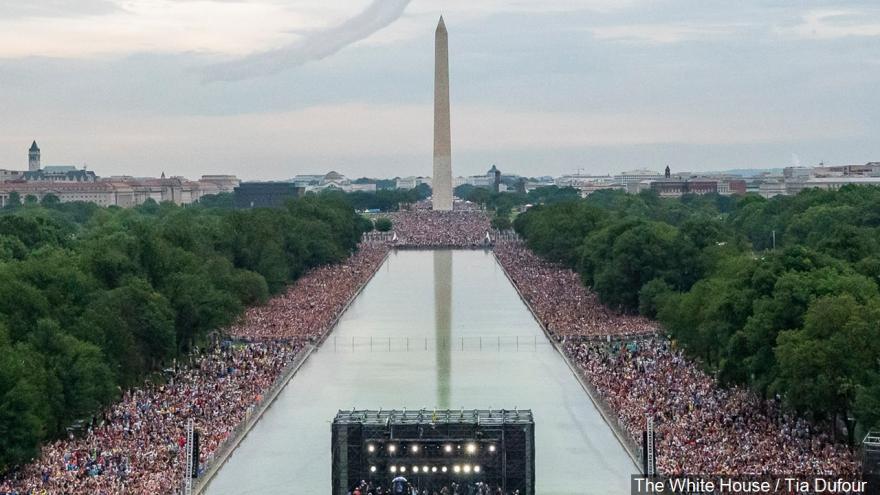 The Washington Post reports the celebration cost the District of Columbia about $1.7 million, not including police expenses for related demonstrations.

Mayor Muriel E. Bowser wrote Trump on Tuesday warning that the fund will have a $6 million deficit by September, reminding the president that the account was never reimbursed for $7.3 million in expenses from Trump's 2017 inauguration.

Bowser wants the White House to fully reimburse the fund. She said on CNN Thursday that D.C. taxpayers shouldn't "be left holding the bag for federal events."