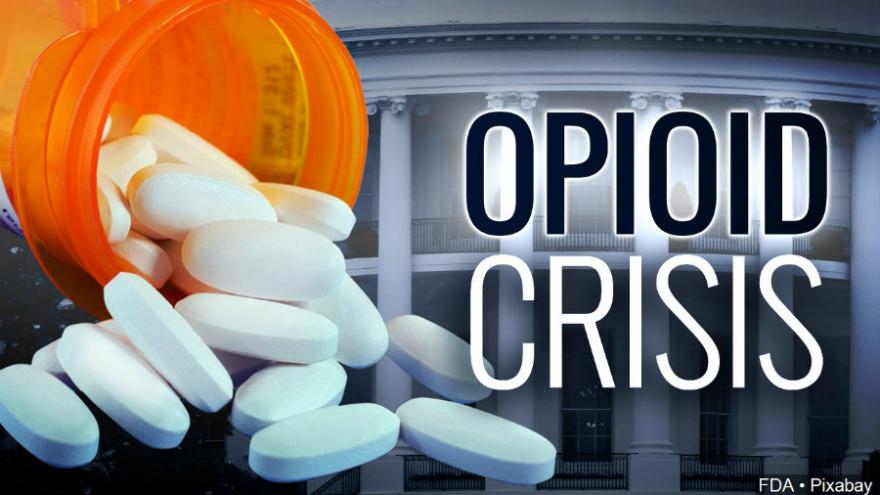 (CNN) -- President Donald Trump will roll out new plans to tackle the country's opioid epidemic on Monday in New Hampshire, a senior administration official tells CNN. The plan will likely include stiffer penalties for high intensity drug traffickers, including the possibility of the death penalty.

Trump's long-awaited plan, the official said, will focus on three areas: Law enforcement and interdiction, prevention and education through a sizable advertizing campaign, and improving the ability to fund treatment through the federal government and help those impacted by the epidemic find jobs while fighting the addiction.

The task force will "use all available criminal and civil remedies available under federal law to hold opioid manufacturers accountable for unlawful practices," according to the department.

Congress recently appropriated $6 billion to combat the opioid epidemic,and the official said Trump's plan will also lay out how the administration believes that money should be spent.

Trump, who called for the death penalty to drug dealers earlier this month at a rally in Pennsylvania, is expected to focus on sentencing reforms for drug dealers that would stiffen penalties for high-intensity drug dealers while "other people languishing in prison for these low-level drug crimes," the official said.

"The President thinks that the punishment doesn't fit the crime," the official said, adding that these penalties would be for dealers who bring large quantities of opioids -- particular fentanyl -- into the United States, not the people that are "are growing pot in the backyard or a friend who has a low-level possession crime.

"His plan will address, and he will address, the stiffening of penalties for the people who are bringing the poison into our communities," the official added.

The official stressed that the speech and plan are still being reviewed and subject to change, meaning how much Trump focuses on the death penalty and tougher punishment is still uncertain.

This concept is not new for Trump, though, who told an audience in Pennsylvania this month that "a drug dealer will kill 2,000, 3,000, 5,000 people during the course of his or her life" and not be punished as much as a murderer.

Trump then touted the way Singapore handled drug dealers with the death penalty.

"That means if we catch a drug dealer, death penalty," Trump said.

Trump's talk of stricter penalties for drug crimes has worried some treatment advocates who have said there is no way the United States can punish its way out of the opioid epidemic.

The New Hampshire event will bring both the President and first lady to the key presidential campaign state for the first time since Trump won the presidency in 2016. The state has been an epicenter in the fight against opioids and Trump's focus on the scourge came from events he headlined in the state where he heard about the epidemic.

Recently released numbers from the Centers for Disease Control and Prevention found that around 64,000 people died from drug overdoses in 2016. And since 1999, the number of American overdose deaths involving opioids has quadrupled.

Trump and first lady Melania Trump, who will attend the event in New Hampshire on Monday, have worked together on the ad campaign, the official said, noting that the issue is "really the only policy issue the two of them have tackled together."

As for the ad campaign, both are coming at it differently, the official said.

"The first lady wants to focus on the wellbeing of children with ads that lay out you are a somebody, not a statistic, don't start with drugs, and educate them," the official said. "The President is more shock the conscience. He wants to shock people into not using it."

In addition to the first lady, "several" members of Trump's Cabinet are expected to attend the New Hampshire event with the President, the official said.

The Trump administration effort has internally been led by Kellyanne Conway, the president's senior aide, but has also included conversations with a series of other agencies, including the departments of Labor, Housing and Urban Development and State.