Trump's personal attorney splits with his own legal team 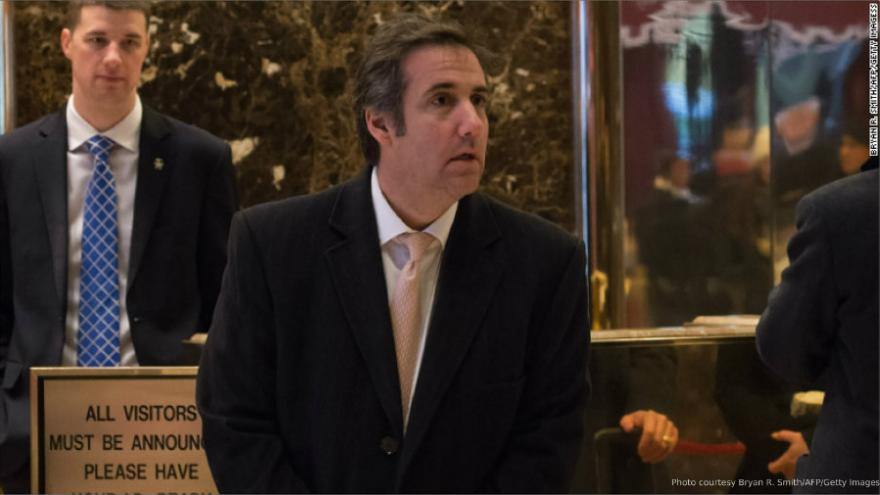 (CNN) -- President Donald Trump's personal attorney, Michael Cohen, has split with the legal team that has shepherded him through a criminal investigation that included a high-profile FBI raid, a source familiar with the change said Wednesday.

The split could signal a shift in legal strategy and comes amid mounting pressure on Cohen as criminal charges could become likely. Sources familiar with Cohen's plans tell CNN that his main goal right now is to have a legal team with experience in the Southern District of New York, which is handing the probe.

The first source familiar said Cohen had not yet met with prosecutors to speak about a potential deal, and it's unclear whether either side is seeking one.

Cohen has found a new lawyer, but the name of Cohen's new lawyer was not yet known.

His original attorneys, including a Washington-based partner and a New York-based partner from the large firm McDermott Will & Emery, have not yet told the judge overseeing his case in New York, where Cohen is challenging prosecutors' ability to see all the documents they seized.

The firm's spokesperson did not immediately respond to requests for comment.

ABC News was first to report on the legal team change Wednesday.

The President's allies are trying to parse Cohen's move to switch up his legal team, which has sparked a fresh round of concern that Trump's longtime attorney could flip at any moment.

Trump's allies said they're unsure of Cohen's motivation for the change. But they worry that the pressure he's facing -- and the prospect of criminal charges -- could inspire him to turn on Trump.

"He is facing the end of a barrel," one Trump ally said of Cohen.

"This is very disturbing," another Trump ally said of Cohen's legal reshuffling, noting that the President has "got to be extremely worried," about the potential Cohen may cooperate with prosecutors, particularly given Cohen's deep ties to the Trump family business.

"Who the f--- knows what Michael Cohen did all those years?" the second source said.

Few people were familiar with exactly what kind of work Cohen was doing on behalf of Trump or his family, according to people close to the President and former Trump campaign staffers, so it is difficult for them to gauge what kind of information Cohen may have to offer if he were to strike a deal with prosecutors.

Cohen has other legal options he could pursue as well, such as invoking attorney-client privilege to try to avoid divulging anything about his work with Trump. Such an attempt by Cohen could face challenges since it's still unclear how much legal work he did for Trump. In a Fox News interview in April, Trump said Cohen handled only a "tiny, tiny little fraction" of his legal work.

For the President's part, he tweeted in April that he doesn't believe Cohen would turn on him.

"Most people will flip if the Government lets them out of trouble, even if it means lying or making up stories. Sorry, I don't see Michael doing that despite the horrible Witch Hunt and the dishonest media!" Trump tweeted.

Update: This story has been updated to add reaction from Trump allies.