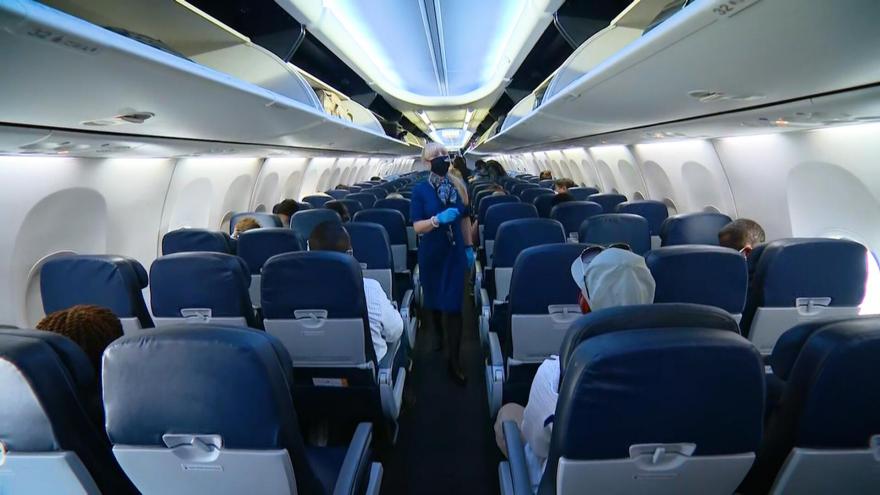 The rule requiring masks on all travelers in airports, airplanes, terminals, trains, buses and boats was set to expire May 11. The mandate now lasts until September 13.

The rule requiring masks on all travelers in airports, airplanes, terminals, trains, buses and boats was set to expire May 11, and comes as some governors have rescinded orders or allowed mask requirements in their states to expire. The mandate now lasts until September 13.

Earlier this month, federal officials consulted with health experts in considering whether to renew the requirement, an official familiar with the discussions told CNN at the time.

The TSA says it has received reports of 2,000 people who violated the rule, which took effect February 2. The agency also recently began sending citations to alleged violators, an official told CNN earlier this month. The official could not say how many have been issued. There are multiple investigatory and review steps before a citation is ultimately issued.

In January, Biden signed an executive order mandating interstate travelers wear a mask, and on his first day in office, he challenged Americans to wear masks for 100 days to reduce the spread of the coronavirus.

At the time, mask requirements stemmed from local government orders governing terminals and airports, plus rules from individual companies and operators outlining passenger conduct. The Trump administration resisted calls from the industry and workers to develop a mask requirement, and then Secretary of Transportation Elaine Chao said that she believed the issue could be better handled by companies and their employee unions.

Voices within the aviation industry that had pushed both the Biden and Trump administrations for such an order have called for it to be renewed. They said the Biden administration's order in February added teeth and consistency to a patchwork of local orders that applied to buildings like airports, and company policies requiring masks on airplanes and other vehicles.

Flight attendant groups that had pushed for the mandate applauded Friday's move.