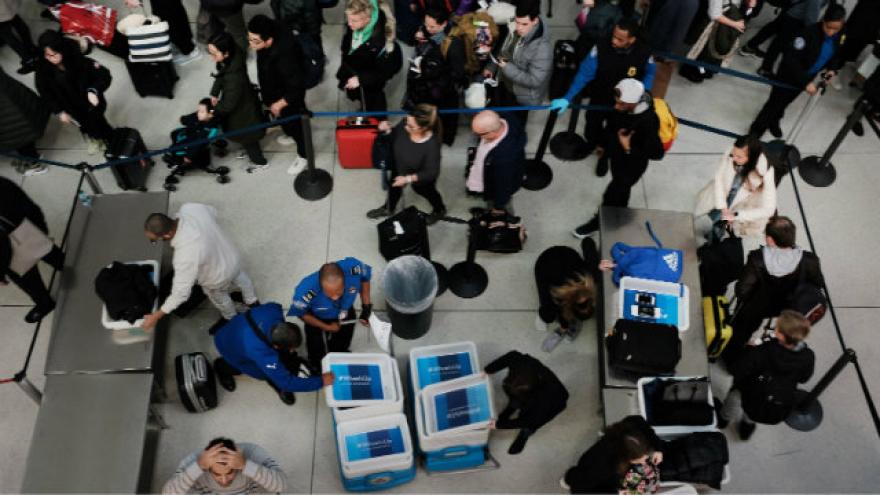 The Transportation Security Administration confiscate 7% more firearms in 2018 than 2017, according to the agency. Photo courtesy Spencer Platt / Getty Images

(CNN) -- In August, TSA screeners at Atlanta's airport, one of the world's busiest, kept finding guns in carry-on bags. There were 32 in 31 days.

The total was the most of any month at any of the 440 federalized airports in the United States, but it was part of a trend that saw the Transportation Security Administration confiscate 7% more firearms in 2018 than 2017, the agency said.

Of the 4,239 guns discovered, 3,656 were loaded (10 per day). Those figures are both records, and for the number of firearms discoveries it was the 10th straight year with a new high mark.

Hartsfield-Jackson Atlanta International Airport led the way with 298 finds for 2018, an increase of 22% over the previous year.

The TSA also dealt with a record number of passengers and crew members -- almost 814 million, it said.

In a blog on its website, the agency said the numbers came during a year in which "stronger carry-on procedures" were implemented.

There also seems to be something about August at Atlanta's airport. The TSA said the airport also saw the top one-month number of firearms discoveries in 2017, when the total was 29 guns found.