Tsunami in Indonesia kills at least 168 without warning 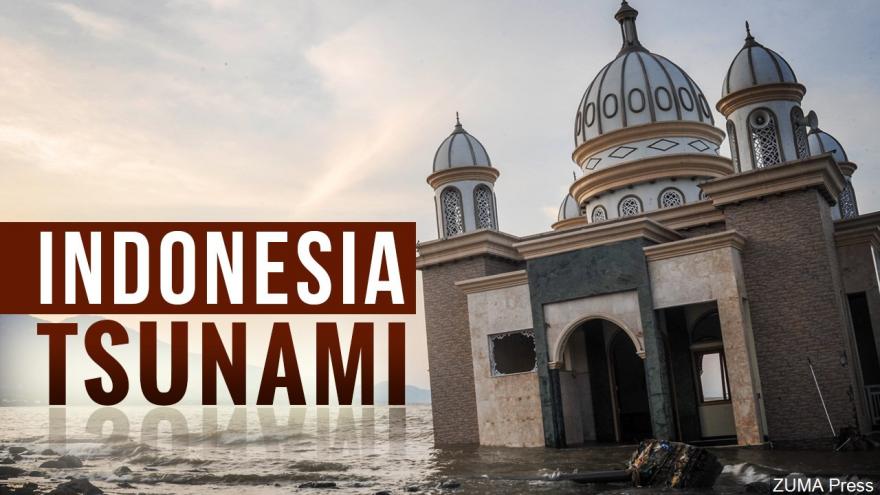 (CNN) -- At least 168 people have been killed and another 745 injured after a tsunami hit the coastline of west Java and Sumatra, Indonesia on Saturday. 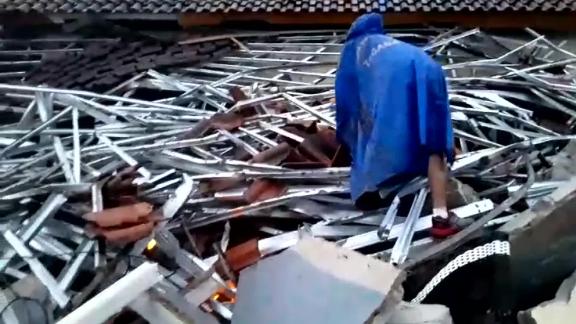 There was no warning before the waves struck the Pandeglang district, Sutopo Purwo Nugroho, head of public relations at Indonesia's National Disaster Mitigation Agency, said on television.

The tsunami was likely triggered by a combination of underwater landslides caused by volcanic eruption, the country's meteorological, climatological and geological agency said.

The confirmed dead included a member of the Indonesian rock band Seventeen that was playing when the disaster struck as well as a road member, according to the Indonesian newspaper the Jakarta Post. The newspaper said all the other band members were still missing.

Even though Indonesia was the worst country affected by the devastating Boxing Day 2004 tsunami that killed hundred of thousands of people, the country still lacks the proper equipment to alert that a tsunami threat is coming.

"This is new thing for us," Nugroho said, adding that Indonesia needs underwater sensors that would warn authorities of possible dangers.

"We need multi-hazard early warning system," he said. "And we need lots of it."

Nugroho pointed out that tsunamis are much faster and less predictable than tidal waves, which are caused by atmospheric conditions.

"We used to know that a tsunami happens after an earthquake. There was no quake last night. That is why there was no warning," he said referring to the underwater landslides.

Nugroho said, as of now, no foreigners were killed. The dead include only Indonesian tourists and locals.

"We are still gathering information," Nugroho said. "The worst hit area is Pandeglang district, along the coastal area, including residential and tourist areas in the Tanjung Lesung beach, Lesung beach, Teluk Lada, Panimbang and Carita beach."

"The Geological Agency detected at 21.03 local time the Anak Krakatau erupted," Indonesia's Meteorology, Climatology, and Geophysical Agency said, adding that the tsunami struck 24 minutes later. "It's possible the materials around Anak Krakatau collapsed to the sea and triggered the tsunami and affected beaches around Sunda Strait."

Some residents fled to shelters after the tsunami hit.

Kathy Mueller, a spokeswoman for the International Federation of Red Cross and Red Crescent Societies in Indonesia, told CNN that the organization expects the death toll to rise.

"It's so early after the disaster, the numbers will fluctuate and it will take a while before the picture becomes clearer... It's a very fluid situation and the numbers are going to change," Mueller said by phone.

She added that because of the holiday season, "the area of Pandeglang would have been crowded with local tourists when the waves came in."

But the organization has been told that the main road between the two affected areas is damaged, she said, so accessing them may be challenging.

Indonesia has been hit by a series of natural disasters in recent weeks, including a powerful earthquake that hit the island of Sulawesi on September 28. In the towns of Baleroa and Petobo, rivers of soil swept away entire neighborhoods in the aftermath of the magnitude-7.5 earthquake and ensuing tsunami.

In October, torrential rains and flooding triggered mudslides that wiped out part of an elementary school in Indonesia's North Sumatra. Twenty people were killed.