Turkey increases tariffs on some US goods, escalating feud 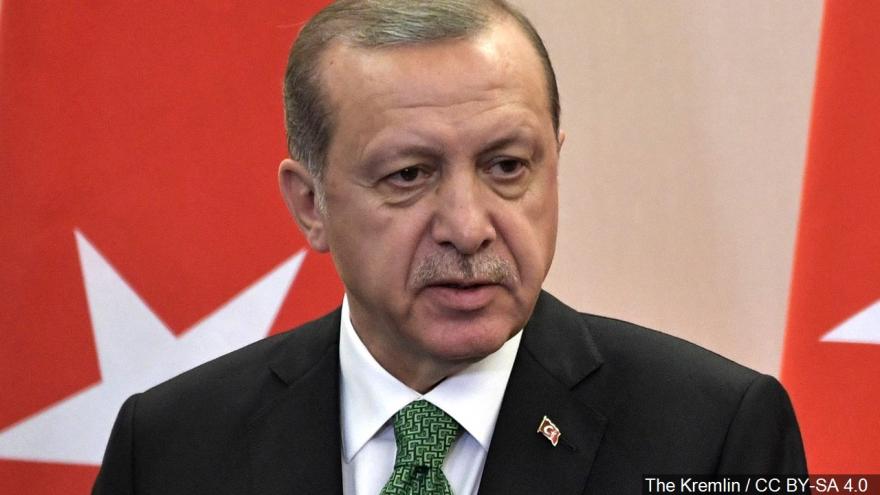 ANKARA, Turkey (AP) — Turkey said Wednesday it is increasing tariffs on imports of certain U.S. products, including rice, cars, alcohol and coal — escalating a feud with the United States that has helped trigger a currency crisis.

The Turkish government said it will impose extra tariffs on imports of products including rice, vehicles, alcohol, coal and cosmetics. Tariffs on American cars were doubled to 120 percent while tariff on alcoholic drinks to 140 percent.

Vice President Fuat Oktay said on Twitter that the tariffs on certain products were increased "within the framework of the principle of reciprocity in retaliation for the deliberate economic attacks by the United States."

The tariffs come a day after President Recep Tayyip Erdogan said Turkey would boycott U.S. electronic goods, singling out iPhones. He suggested Turks would buy local or Korean phones instead, although it was unclear how he intended to enforce the boycott.

The Turkish lira has dropped to record lows in recent weeks, having fallen some 42 percent so far this year. It recovered a bit, by 4 percent to around 6.12 lira per dollar Wednesday, after the government took steps to shore up the currency by reducing the daily limit in bank foreign currency swap transactions.

Also helping was Turkey's decision to release two Greek soldiers from prison on Tuesday, increasing prospects for improved relations with the European Union.

Fundamental concerns about the economy persist, however.

Investors are worried that about Erdogan's control over the central bank and his pressure to keep it from raising interest rates. Higher rates would slow economic growth, which he wants to egg on, but are urgently needed to support the currency and tame inflation, experts say.

The currency drop is particularly painful for Turkey because it has accumulated a high debt in foreign currencies.

Attention will turn Thursday to an address by the finance minister to foreign investors for clues on any change in economic policy.

Erdogan has reacted to the financial instability by blaming foreign powers, in particularly the United States, a longtime NATO ally, which he says is waging an "economic war" as part of a plot to harm Turkey.

Washington has imposed financial sanctions on two Turkish ministers and doubled steel and aluminum tariffs on Turkey, as U.S. President Donald Trump tries to secure the release of Andrew Brunson, a 50-year-old American pastor being tried in Turkey on espionage and terrorism-related charges.

On Wednesday, a court rejected an appeal for Brunson's release from detention and for a travel ban against him to be lifted, the state-run Anadolu Agency reported. A higher court was however, was scheduled to review the appeal, the agency said.

Although he was released to home detention, Brunson faces a prison sentence of up to 35 years if he is convicted on both counts at the end of his ongoing trial.

The evangelical pastor, who is originally from Black Mountain, North Carolina, has lived in Turkey for 23 years and led the Izmir Resurrection Church.