Twitter will let some employees work from home 'forever' 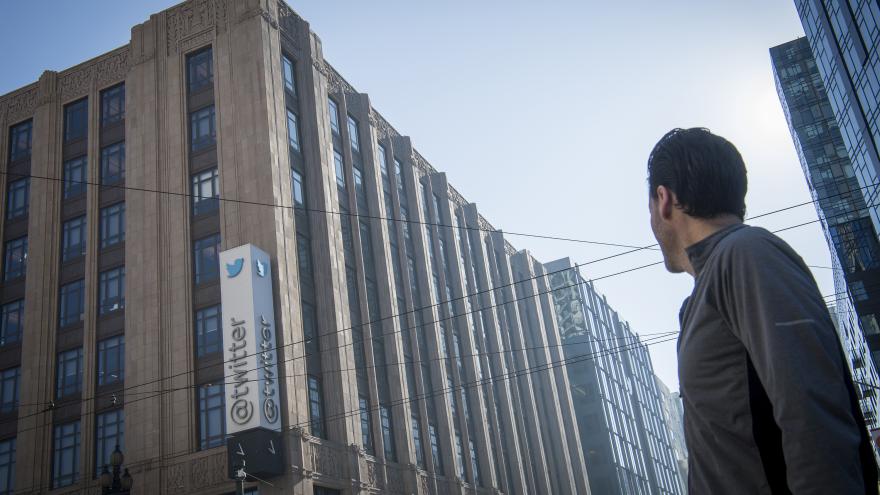 David Paul Morris/Bloomberg/Getty Images
(CNN) -- Twitter will allow some of its workforce to continue working from home "forever" if they choose, the company confirmed to CNN Business on Tuesday.

The decision reflects how some measures implemented to deal with the pandemic could lead to a new normal for corporate America, even after the immediate health crisis.

Twitter did not specify which roles will qualify for the treatment. But the company said the experience of working from home for the past several months has shown that it can work at scale.

"If our employees are in a role and situation that enables them to work from home and they want to continue to do so forever, we will make that happen," said Twitter's vice president of people, Jennifer Christie, in a statement to CNN Business. "If not, our offices will be their warm and welcoming selves, with some additional precautions, when we feel it's safe to return."

The company does not expect to open most of its offices, or support business travel, before September. It has also canceled all of its internal company events through 2020, and could potentially extend that into 2021, the statement said.

Twitter's shift to allow permanent remote work was first reported by BuzzFeed News, which cited an email to employees sent by CEO Jack Dorsey. Twitter did not respond to CNN Business's request for confirmation of the memo.

Twitter's announcement comes as a growing number of Silicon Valley companies, once known for lavish office perks and sprawling campuses, now appear to be competing against one another to offer the longest timeline for telecommuting as the health crisis continues.

Facebook and Google confirmed to CNN Business last week that they would let many employees continue to work from home through the end of the year. Amazon said employees can work from home until at least early October.

For some big tech companies, following in Twitter's footsteps by allowing telecommuting indefinitely may come at a cost. Businesses such as Apple and Google have each spent billions on office space in recent years.

As Twitter has shifted to semi-permanent telework, it's also slowed hiring. Twitter had planned to increase its workforce by 20% this year, according to financial filings. But due to the pandemic, it has put that plan on hold in an effort to control its "total expense growth," hiring only in critical areas including engineering and product, as well as its trust and safety division.