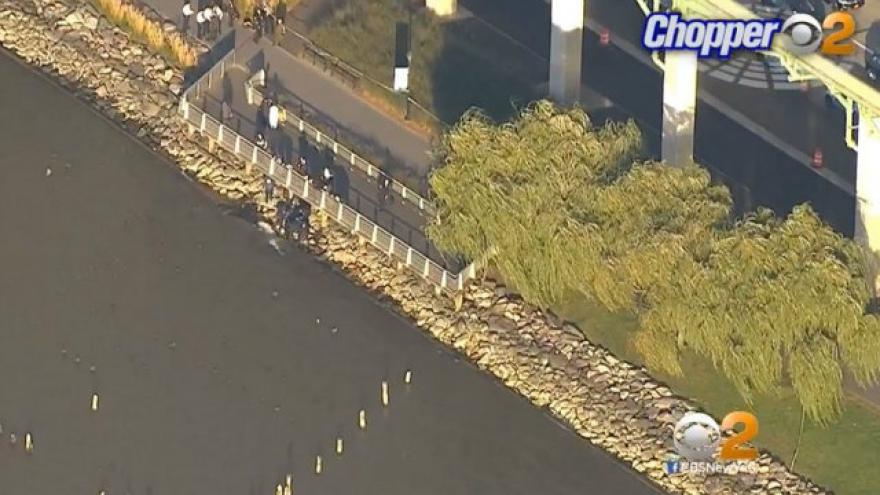 Two bodies were discovered, bound together, on the banks of New York City\'s Hudson River on Wednesday, the NYPD said. Photo courtesy WCBS

(CNN) -- Two bodies were discovered, bound together, on the banks of New York City's Hudson River on Wednesday, the NYPD said.

The bodies were found shortly after 2:30 p.m. on the Upper West Side, in the vicinity of 68th Street and Riverside Park, the NYPD said in a statement.

There were no obvious signs of trauma and the women were pronounced dead at the scene.

Police are not naming them until the family can be notified.

Both women are described as 25 to 30 years old, 5'3" to 5'6" tall, medium build, medium skin tone and shoulder length curly dark hair. Both were last seen wearing a black jacket with fur trim and black leggings.

The medical examiner will determine the cause of death, the statement said.