Two brothers were wrongfully convicted of rape and murder. Nearly 40 years later, they are getting $75 million in compensation 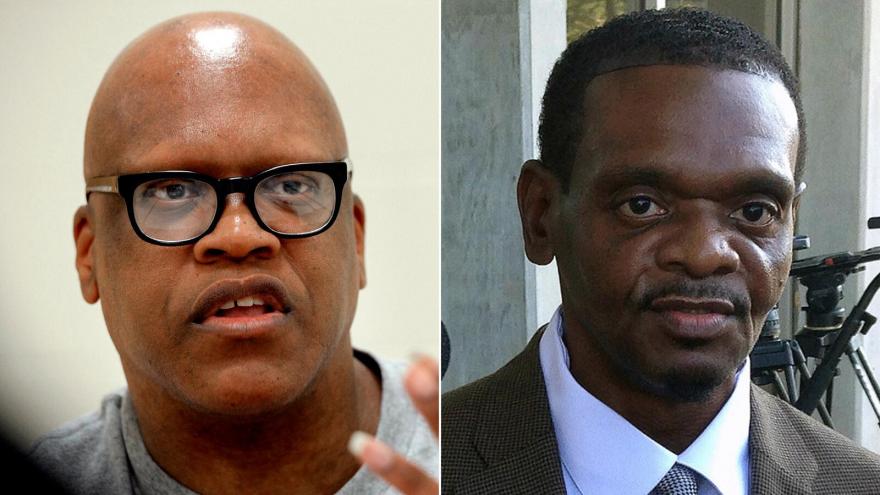 A federal jury has awarded $75 million to brothers Leon Brown and Henry McCollum in North Carolina, decades after they were convicted of rape and murder they did not commit.

(CNN) -- A federal jury has awarded $75 million to two brothers in North Carolina, decades after they were convicted of rape and murder they did not commit.

Leon Brown and Henry McCollum were arrested in 1983 and spent nearly 31 years in prison before the half-brothers were exonerated in 2014.

The award is significant because not all exonerees in the United States are guaranteed compensation. The federal government, Washington, DC, and only 35 states have some form of restitution laws, according to the Innocence Project, but advocates say many of them fall short in compensating people.

Like many exonerees around the country, Brown and McCollum opted to file a federal civil rights lawsuit against the government agencies involved in their wrongful convictions -- a process that advocates say often takes years and it's challenging to win.

Last week, a federal jury decided that Brown and McCollum should be compensated for their time in prison, nearly six years after filing a lawsuit in federal court. The jury awarded them $31 million each in compensatory damages -- that's $1 million for each year they were incarcerated. They will also receive an additional $13 million total in punitive damages, according to court documents.

Brown and McCollum were arrested and charged in 1983 with the rape and murder of 11-year-old Sabrina Buie in Red Springs, North Carolina, CNN previously reported. Both of them were sentenced to death, but Brown later had his sentence reduced to life in prison.

In 2014, both Brown and McCollum were exonerated and released from prison after DNA from a cigarette collected at the crime scene was tested and ultimately tied another person to the crime. The brothers filed a civil rights lawsuit in 2015 against local officials involved in the original case.

At the trial for their civil case, attorneys for the brothers had to prove that they had been wrongfully convicted, and argued they had been coerced to give false confessions.

Attorney Elliot Abrams said his team presented evidence showing that investigators withheld information in Brown and McCollum's initial trial, including the manner in which the interrogations were conducted and the existence of another suspect.

"There was a heinous rape and murder of an 11-year-old girl and the government said these two people did it and confessed to it. There was nothing to counter that," Abrams said. "We now know they covered it up intentionally."

At the time, McCollum was 19 and had a low IQ, which Abrams compares to that of a 9-year-old boy; and there were inconsistencies when comparing statements made to police with details of the crime scene as well as the autopsy, the attorneys argued in the lawsuit.

CNN has reached out to Scott MacLatchie, an attorney for the two North Carolina State Bureau of Investigation officers involved in the case and to the Robeson County Sheriff's Department for comment.

Unlike many exoneration cases, attorneys representing McCollum and Brown were successful in their attempts to prove misconduct, said Rebecca Brown, the director of policy for the Innocence Project.

"Sometimes somebody was just misidentified and it wasn't necessarily because there was an intentional suggestive lineup, it's just error in the system that will exist anyway," Brown said. "That does not mean by the way that there wasn't misconduct, it just means that it's very difficult to prove misconduct that rises to the level of a civil rights violation."

Exonerees have to fight to be compensated, advocates say

The Innocence Project, along with other groups across the country, has been advocating for wrongful conviction compensation laws that apply to all who have been exonerated.

Advocates say many people do not receive compensation due to the lack of statutes in their states or because there are restrictive requirements in the states with enacted laws.

"If the majority of actual innocent people can't be compensated under a civil rights scheme, using civil litigation, we want to pass laws in every state that provides global compensation, regardless of whether you can demonstrate fault, regardless of whether people can prove official misconduct. We want everyone to be able to be equally treated under the law," Brown said.

Fernando Bermudez wrongly served 18 years behind bars for a homicide he didn't commit in New York but had to wait three years after filing a claim before he received his first settlement. He said he was exonerated in 2009 and received two settlements, one from the state and the other from the city in 2014 and 2017, respectively.

"Once I got out I knew that wouldn't be the end of my fight ... I was outraged that I had to pursue this, I had to fight for compensation and get recriminalized in the process," Bermudez said.

During those years, Bermudez says authorities still saw him as if he had been rightfully arrested, charged and convicted.

"They look at that stuff to try and make an argument that you really didn't have a life or contribute to society," Bermudez said.

One of the leading causes of wrongful convictions is official misconduct by police officers or prosecutors, according to a study published last year by the National Registry of Exonerations. Brown with the Innocence Project says the pending George Floyd Justice in Policing Act of 2021 could help decrease the number of wrongful convictions by ending qualified immunity.

"Until police agencies are going to really be responsible for this kind of restitution -- and share liability by individual cops who have some skin in the game -- until that happens, you are not going to see changes in police culture or policy," Brown said. "Qualified immunity, eliminating it, is not just a reform about restitution, but it is also about incentivizing change in the police agency."

For Jabbar Collins, a paralegal who wrongfully served 16 years in a New York state prison for the murder of a rabbi, Leon Brown and McCollum's jury award doesn't "fully capture" the loss and damage they suffered.

"These guys went into prison, they were young, they lost virtually half of their lives and they'll spend the rest of their lives trying to piece back together and try to make sense of what they have lost and that's the reality," Collins said.

Eleven years have passed since Collins was released and he says there are parts of his life that he's still trying to process.

"The money helps, but it never, never makes you whole," Collins said.