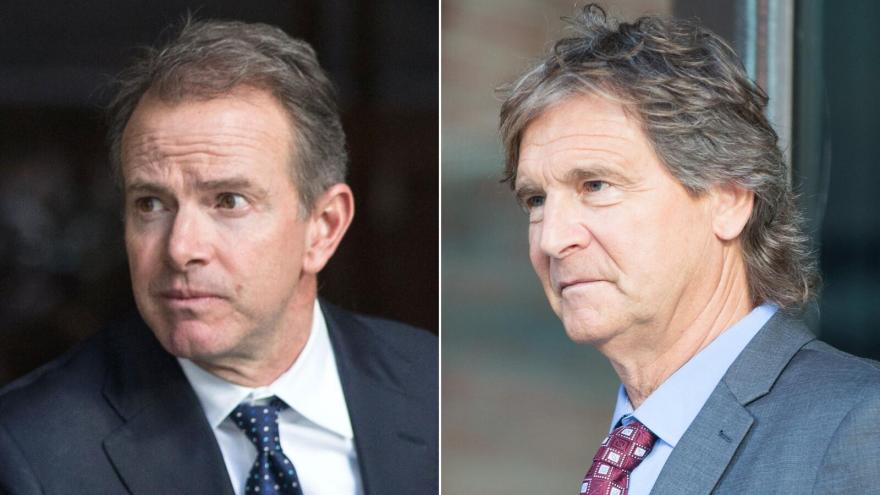 Two coaches previously charged in the college admissions scam were charged with more counts in a third indictment filed against them in the District of Massachusetts Tuesday.

(CNN) -- Two coaches previously charged in the college admissions scam are facing more allegations in a third indictment filed against them Tuesday in federal court in Massachusetts.

Ernst also failed to report a significant portion of those bribe payments on his federal income tax returns, according to a U.S. Attorney's Office press release.

Ernst was previously charged with several fraud charges for accepting bribes from William "Rick" Singer, the mastermind of the scheme who has pleaded guilty and is cooperating with the federal investigation.

Ernst and Vavic both pleaded not guilty to earlier charges in 2019.

An attorney for Vavic maintains his client is innocent.

"The government's recasting of the same threadbare allegations for yet a third time does not change the fact that Coach Vavic is innocent of these charges and we will prove so at trial," Stephen Larson said in a statement. "Rearranging deck chairs does not forestall a sinking ship. Twice now we have filed motions to dismiss, and twice now the government implicitly recognizes the validity of our arguments by responding with a reworked 'superseding' indictment. They can only postpone the inevitable for so long."

Attorneys for Ernst did not immediately respond to a request for comment.

They are two of 12 coaches, administrators and employees charged in the initial indictment in March 2019. Eight have pleaded guilty or agreed to do so, according to court documents.

An arraignment date has not yet been scheduled, according to the press release. An interim status conference regarding the earlier charges is scheduled for November 10.