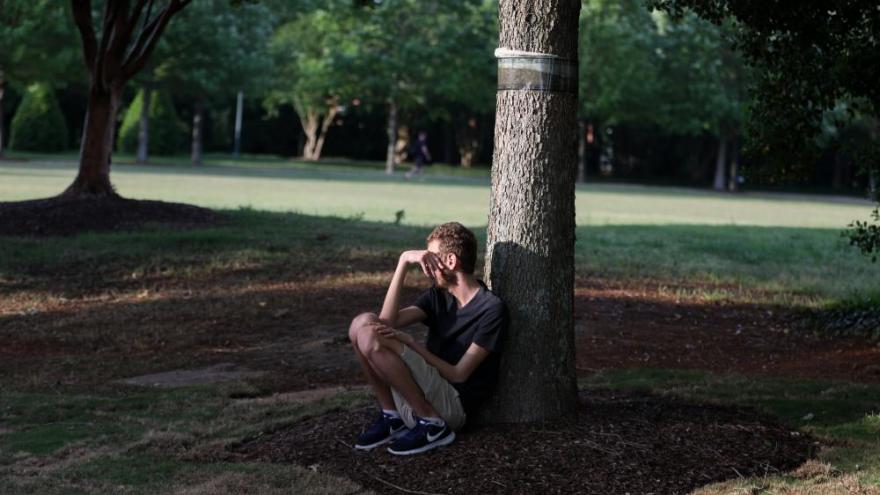 A student sits under a tree after a shooting on the campus of University of North Carolina at Charlotte.

(CNN) -- Two people are dead after a shooting on the campus of the University of North Carolina at Charlotte, according to Mecklenburg Emergency Medical Service Agency.

One person is in custody, Charlotte-Mecklenburg police tweeted. "No reason to believe anyone else involved," they wrote.

Video posted to twitter by Jordan Pearce, a student, showed people fleeing a campus library as police sprinted toward the building.

An image posted by Pearce shows a door where the glass is all over the floor inside a building.

The university, which has 30,000 students, tweeted: "Campus lockdown continues. Remain in a safe location. Monitor email and UNCC homepage.

Tuesday was the last day of classes, with exams to begin on Thursday.

Charlotte-Mecklenburg police are assisting university police in the case.