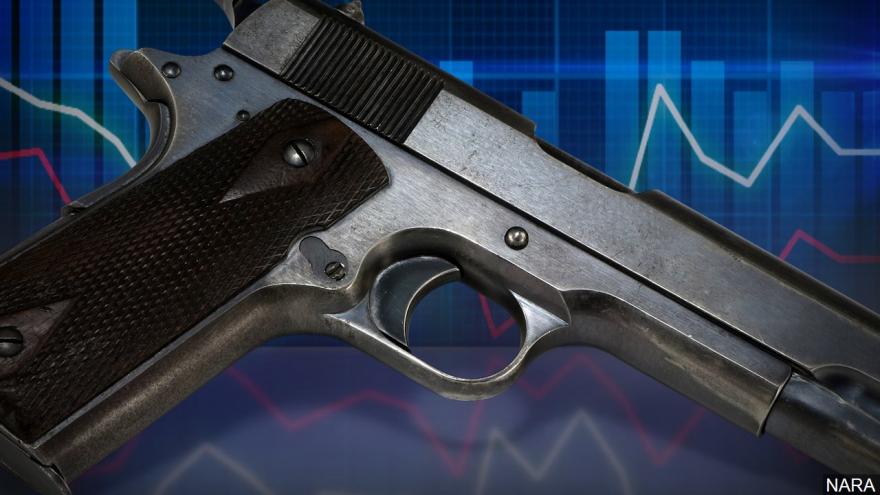 By Steve Almasy and Jamiel Lynch

(CNN) -- Two deputies were killed at a restaurant in Florida by a shooter who fired through a window and was found dead outside the business, the Gilchrist County Sheriff's Office said Thursday.

The deputies were eating at the Ace China restaurant in the small town of Trenton when they were shot around 3 p.m.

Ramirez, 30, had been a law enforcement officer for about seven years and Lindsey was 25 years old, the sheriff said.

The two deputies were men of integrity and loyalty, he said.

"They were the best of the best," he said, adding later that "I can tell you that I loved them."

Schultz told reporters he wanted to focus on telling the stories of the deputies while investigators began their work looking into the shooting.

He talked about how Ramirez had an infectious smile and how Lindsey loved working in drug interdiction.

Ramirez was married and had children. Lindsey had a girlfriend.

The sheriff gave no details about the shooter.

"At this point, it remains an active criminal investigation with no apparent motive or indications as to why this tragedy occurred," the department said on Facebook.

Schultz said there was much he wanted to say, and much he shouldn't.

"But I will say this. We're not going to make this ... a political issue. Other than the fact, what do you expect happens when you demonize law enforcement to the extent that it's been demonized? Every type of hate, every type of putdown that you can think of.

"The only thing these men were guilty of was wanting to protect you and me."

According to the department's website, there are 14 full-time deputies in the patrol division.

"My thoughts, prayers and condolences are with the families, friends and colleagues of the two @GCSOFlorida deputies (HEROES) who lost their lives in the line of duty today," President Donald Trump tweeted.

Trenton, a town with 2,300 residents, is about 30 miles west of Gainesville.