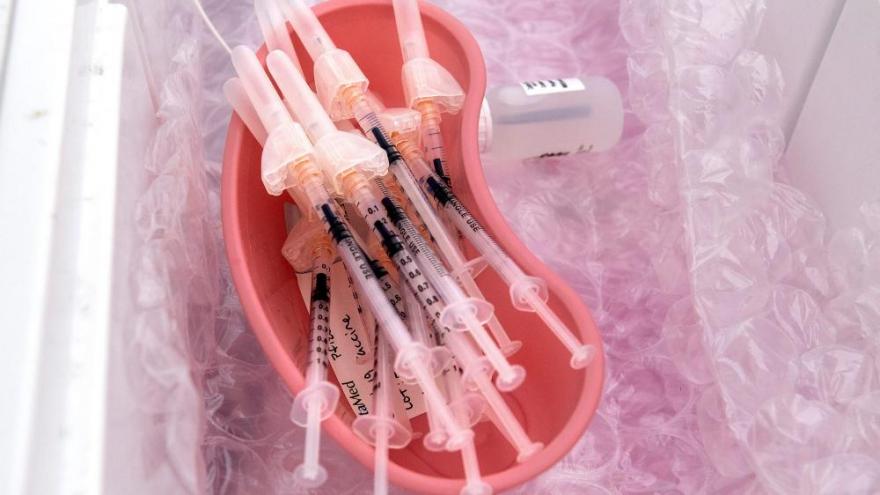 Two women were caught trying to get second doses of the Covid-19 vaccine by dressing up as "grannies," the Director of the Florida Department of Health in Orange County.

(CNN) -- Two women were caught trying to get second doses of the Covid-19 vaccine by dressing up as "grannies," the Director of the Florida Department of Health in Orange County said Thursday.

The women came to the vaccination site wearing bonnets, gloves, and glasses in an attempt to receive their vaccines, Dr. Raul Pino said during a press conference. According to the sheriff's office, the women were 44 and 34.

Both women had valid vaccine cards from their first shot, Pino said. They were denied their second shot while dressed up due to issues with their ID cards. Health officials did not know how the women were able to get their first vaccine shots and whether they had dressed up then as well.

The department has increased security around the site, Pino said.

"This is the hottest commodity that is out there right now," Pino said. "We have to be very careful with the funds and the resources that we are provided."

The Orange County Sheriff's Office confirmed to CNN that it was called by health officials to issue trespassing warnings to the women as their dates of birth did not match those they had used to register for vaccines, though the names did match.

The sheriff's office did not have any additional information on the incident, including if the women were wearing disguises or how they were dressed.

Currently, Florida is prioritizing adults 65 and older, long-term care facility residents and staff and healthcare workers with direct patient contact for the vaccine.

The state has been one of many to have shipments of vaccine doses delayed due to severe winter storms across the US.