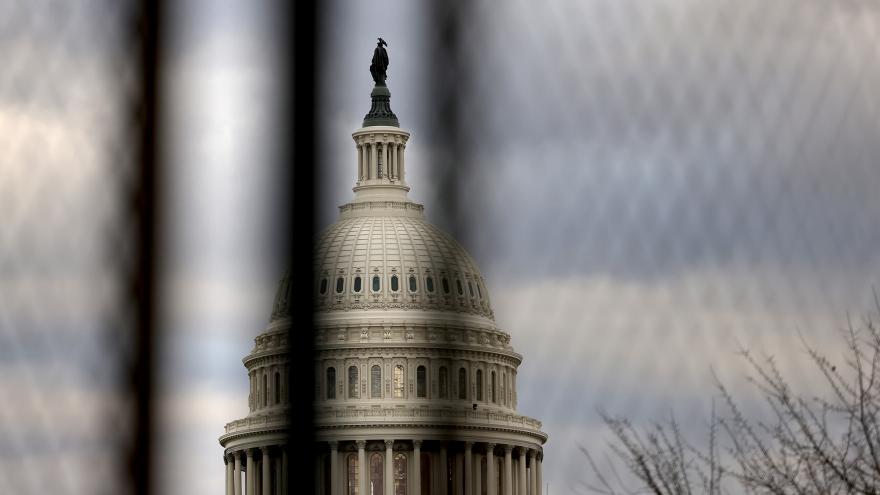 Republicans Reps. Andrew Clyde of Georgia and Louie Gohmert of Texas have both been fined $5,000 for not following the new security protocols to enter House floor. - Michael M. Santiago/Getty Images

(CNN) -- Two Republican lawmakers are the first members of Congress to be fined for violating the new security measures off of the House floor since the fines were instated earlier this week, CNN has learned.

Republicans Reps. Andrew Clyde of Georgia and Louie Gohmert of Texas have both been fined $5,000 for not following the new security protocols. The fines, which are meant to punish members who fail to complete security screenings prior to entering the House floor, will be deducted from members' salaries by the chief administrative officer, according to the new rule passed Tuesday. A second offense will result in a $10,000 fine.

Clyde refused to go through the metal detectors as he entered the House floor, CNN has learned, while Gohmert left the House floor to go to the bathroom and did not stop to be screened a second time.

Gohmert told CNN he left the House floor Thursday night to go to the bathroom and did not think he had to be screened in order to return to the floor.

"I went through the metal detector perfectly properly. And as I've done for weeks ever since the metal detectors have been here, I was about to speak so I came to the restroom, and I've never been wanded or anything because they can see you go in and see you come out. And they said, because I didn't stop and get wanded, I went and spoke. They made it sound like I avoided the metal detectors," Gohmert told CNN.

"I've been abiding by those completely. And so all of a sudden, somebody made an arbitrary and capricious decision to all of a sudden start wanding when they saw you go to the restroom."

Gohmert, who said he did not receive the fine until Friday morning, told CNN he will be appealing, but had not yet spoken to House Speaker Nancy Pelosi's office.

CNN has reached out to Clyde's office, but so far has not received a response.

The Georgia Republican told Fox News on Friday that he will "fight" the fine against him, claiming the policy violates the Constitution.

"I'm going to appeal it, and then, I'm going to take them to court because this is unconstitutional," he told Fox News' Laura Ingraham.

Clyde also said he's dodged the screening protocols "a couple of times" since the incident he was fined for, which he said took place "a couple of days ago," adding: "So I'm probably up to 25,000 by now," referencing the fines imposed under the new policy.